1. Those benefits won't pay for your retirement by themselves

Many people neglect their nest eggs during their careers because they figure they'll fall back on Social Security once retired. In reality, those benefits are only designed to replace about 40% of the average earner's preretirement income. Most seniors, however, need somewhere in the ballpark of 80% of their former earnings to enjoy a comfortable lifestyle, so if your plan is to count on those benefits alone in retirement, you could easily wind up cash-strapped and unhappy. 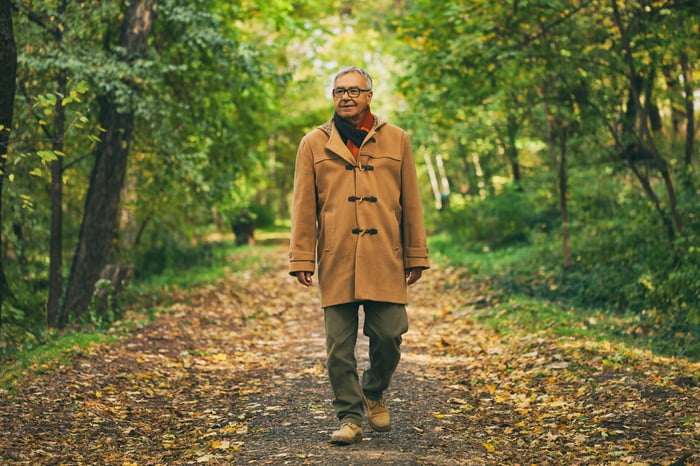 If you're still not convinced: The average recipient today collects just $1,461 a month, or $17,532 a year, in Social Security benefits. Even if you cut back on a host of living expenses, that still may not suffice to cover the goods and services you consider essential to your quality of life. So don't ignore your savings when you have a chance to build some; setting aside even a small amount of money each month during your working years could make a huge difference for your retirement.

2. An across-the-board reduction in benefits could happen

Social Security relies heavily on payroll taxes to cover its financial obligations. In the coming years, however, the program will be in a position where it's paying out more money than it takes in, thanks in part to the throngs of baby boomers exiting the workforce. Now, Social Security does have trust funds it can tap to bridge the gap between scheduled benefits and incoming revenue, but according to the latest Trustees Report, those funds are expected to run out of money in 2035. Once that happens, recipients could see as much as a 20% reduction in their monthly benefits.

As mentioned earlier, Social Security will now replace about 40% of your former income if you were an average earner. If an across-the-board cut in benefits comes to pass, it'll replace an even smaller percentage, which is why you need savings to compensate.

3. You may have no choice but to claim benefits early

Though your Social Security benefits are based on your 35 highest-paid years on the job, the age you claim them could change your monthly payout. If you file at full retirement age (either 66, 67, or somewhere in between, depending on the year you were born), you'll get the full monthly benefit your earnings history entitles you to. But if you file earlier -- which you're allowed to do beginning at age 62 -- you'll slash your benefits for each month you claim them ahead of full retirement age.

Many people claim Social Security early because they're impatient and want that money as soon as they're eligible. But for some, the decision to file for benefits early isn't so much a want as it is a necessity.

A large number of seniors, for example, lose their jobs in their early 60s, don't manage to find replacement work, and file for benefits because they need the income to cover their bills. Others leave their jobs earlier than planned because of health issues, and land in a similar boat. The point is that you might get less money out of Social Security than you expected, which underscores the need to have savings of your own.

Let's be clear: There's nothing wrong with factoring Social Security into your retirement budget, and counting on it to provide some income. At the same time, be sure to save independently so you're not overly reliant on those benefits later in life. Setting aside $200 a month over a 30-year period will give you a $227,000 nest egg if your investments generate an average annual 7% return during that time, which is more than doable because it's several percentage points below the stock market's average. The key, however, is to give yourself a lengthy savings window, and set money aside consistently throughout.