Today's baby boomers are either rapidly approaching retirement or already there. But many risk racking up loads of debt the next time a stretch of added expenses or unplanned bills fall in their lap. The reason? A frightening 20% have less than $5,000 in personal savings, according to Northwestern Mutual's 2019 Planning & Progress Study. That's not enough, in most cases, to cover the minimum of three months of living expenses needed for a solid emergency fund.

Compounding matters is the fact that 17% of baby boomers have less than $5,000 socked away for retirement, the study says. That's problematic because at age 59 1/2, savers can access funds in an IRA or 401(k) without incurring penalties. This means that older people who are low on personal savings could, in theory, tap their nest eggs to access money in a pinch rather than resort to debt. Not having much in the way of retirement savings, however, takes that option off the table. 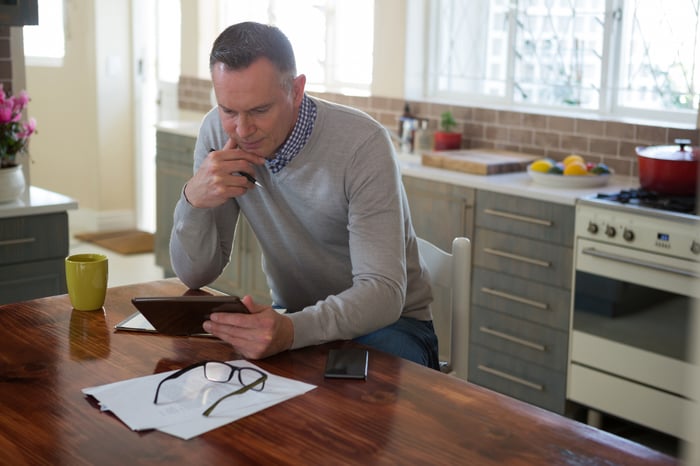 Without a more robust savings account, it's easy to accumulate debt later in life, thereby increasing the risk of carrying it during retirement and struggling to pay it off. If you're an older American without much in the way of savings, it's imperative that you build some cash reserves as soon as you can -- ideally, before retirement rolls around.

Financial surprises can sneak up on you at any age, but the older you are when you incur an expense you can't pay for outright, the more troublesome that debt becomes. If your lack of savings causes you to rack up debt in your late 50s or early to mid-60s, there's a good chance it'll still be with you once you retire, at which point your monthly debt payments could end up monopolizing an unhealthy chunk of your limited monthly income. This is especially true if you enter retirement low on savings -- something 17% of baby boomers are clearly at risk of doing.

Rather than run that risk, it pays to work on building some savings. You can start by creating a budget to better understand where your money goes month after month. From there, you'll be able to identify ways to cut corners and bank the difference for emergencies. For example, if you map out a budget and see that you're currently spending $300 a month on restaurant food, cooking more at home might easily cut that total down to $100. At that point, you'd have the option to bank $200 a month, or $2,400 a year. And if you're sitting on less than $5,000 in savings, that's a smart thing to do.

Another option: Get a second job on top of your primary job. Chances are, you'll need one in retirement if your nest egg has less than $5,000, since Social Security will only get you so far. You can use the earnings from your side gig to build emergency savings, and once you're more comfortable there, you can use that cash to boost your IRA or 401(k) balance.

You need money in the bank at all times in life, whether you're new to the workforce or gearing up to leave it. If you're one of those with less than $5,000 in savings, try to boost your cash reserves -- especially if your nest egg is in just as sorry a state.