It may seem like a pipe dream, but it's actually within your power to make it a reality.

When we think about retiring, it's nice to imagine doing so with a robust amount of savings. Many workers feel the same, which could explain why so many are making an effort to boost their nest eggs. 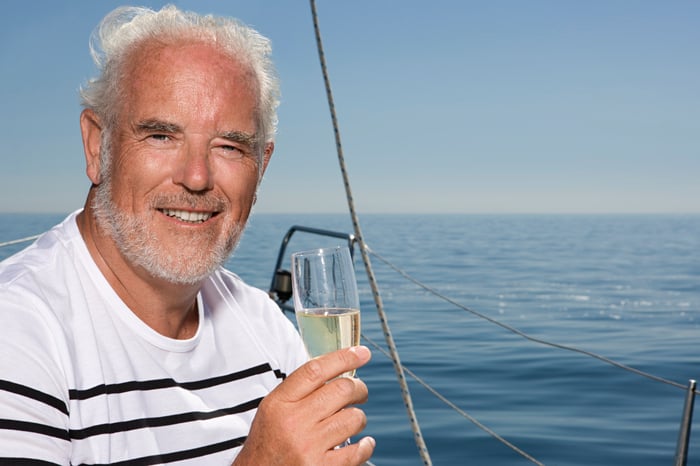 Now you may be thinking, "Well, sure, those people clearly reflect Fidelity's highest earners." But that's not necessarily the case. In fact, it's more than possible to retire with $1 million on a fairly modest income, provided you start early and invest your savings wisely.

How to save $1 million in your lifetime

The first step in the process involves saving from an early age -- ideally, as early as your first paycheck. Many workers, however, can't manage that, so if you've already missed the boat, worry not. As long as you're still relatively young, skipping a few years of savings shouldn't hurt your efforts too badly.

In fact, let's assume that you begin working full-time at age 22, but don't actually begin funding a nest egg until age 27. Let's also assume that you're looking to retire at 67, which, for anyone born in 1960 or later, constitutes full retirement age for Social Security purposes. Here's what your total savings balance might look like, depending on the amount you're able to sock away monthly over a 40-year period:

As you can see, if you give yourself a full 40 years to save for retirement, you don't have to max out a 401(k), or even get close, to wind up with $1 million or more in savings. The average U.S. salary today is $46,641 a year, according to the Social Security Administration. Let's assume you commit to socking away 15% of that, which is the minimum most financial experts recommend (you'll usually hear that you should save 15% to 20% of your salary). Doing so would mean contributing about $583 a month to a retirement plan, which would leave you with somewhere close to $1.44 million as per the calculations above.

Of course, those calculations assume a 7% average yearly return on investment, and that's something we should talk about for a minute. That 7% is a few percentage points below the stock market's average. If you have a lengthy savings window, you should invest the bulk of your retirement savings in stocks for maximum growth.

And there you have it: It is possible to retire with $1 million or more even as an average earner. You just need to be willing to commit to that goal early on, and invest wisely and consistently to make it happen.