Younger Americans are struggling to build wealth. Here's why.

When we think of millennials, we often picture flannel-clad hipsters sipping overpriced coffee, bemoaning their overly difficult lives. In reality, though, millennials do have it rough, and their net worth reflects that struggle.

The average net worth of Americans aged 18 to 35 is less than $8,000, according to a new Deloitte study. The reason, however, very much boils down to increased costs over the past decade.

Take college, for example. Higher-education costs rose 65% over the last 10 years, and as such, student debt levels increased by 160% between 2004 and 2017. Millennials, of course, were hit hardest by this trend, as they were the ones attending college during that time. 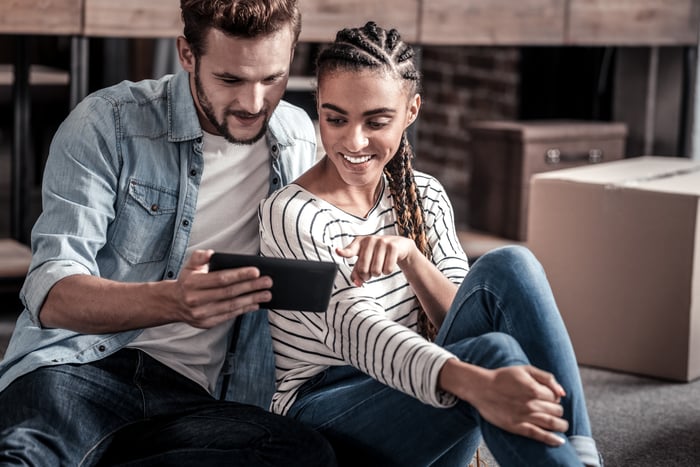 But it's not just higher education that's gone up. Housing, healthcare, and many other essential expenses have also increased, effectively forcing millennials to spend more and save less.

Another reason millennials are having a hard time building wealth? They're putting off homeownership, partly because of rising property costs, and partly because they're so saddled with student debt they can't imagine swinging their monthly loan payments and a mortgage simultaneously.

Still, the picture for millennials isn't all bleak. One thing they do have going for them is their age, and the fact that they have many working years ahead of them to get on a solid financial path.

If you're a younger American who's unhappy with your net worth at present, a few key lifestyle changes could be your ticket to an uptick. You can start by mapping out a budget to see how much you can afford to be spending each month based on your earnings coupled with mandatory expenses, including the debt payments you have hanging over your head. Cutting back on one or two big expenses could allow you to boost your savings rather quickly, or knock out some of the loans that currently monopolize too much of your income for comfort.

For example, if you're willing to downsize to a smaller apartment for a couple of years, you might conceivably slash $300 from your monthly rent. Bank that money for two years, and you'll be sitting on $7,200. That cash could then go a long way toward paying off debt or building an emergency fund so you're not forced to incur more debt when unplanned expenses hit you out of nowhere.

At the same time, consider getting a side hustle if a raise doesn't seem to be on the horizon at work. The great thing about getting a second gig is that the money you earn from it won't be earmarked for regular expenses, and because of that, you'll have the option to use it to build savings, pay off debt, or both.

Finally, don't discount the importance of investing. Putting your money to work is a great way to grow wealth, and being relatively young, you have the option to load up on stocks and see where the market takes you. (Hint: Investors who hold stocks for the long haul generally come out ahead.) In fact, the stock market has historically averaged around a 9% annual return. Even if we downgrade that to a 7% return, investing $100 a month over a 30-year period will leave you with $113,000 when we factor in growth.

You can invest in a traditional brokerage account, or in a retirement plan, like an IRA or 401(k). With the latter options, you'll need to keep your money locked away until at least age 59-1/2, but seeing as how you'll need savings to fund your retirement anyway, that's not a bad thing.

It's easy to see why millennials have struggled to build wealth. If you're unhappy with your net worth, make some lifestyle adjustments. And also, don't give up -- you still have many years to boost your earnings and improve your overall financial picture.