Many seniors who are on Medicare and Social Security at the same time have their Medicare premiums deducted from their Social Security benefits directly. Doing so ensures that they aren't late with their payments and makes the whole process more convenient. 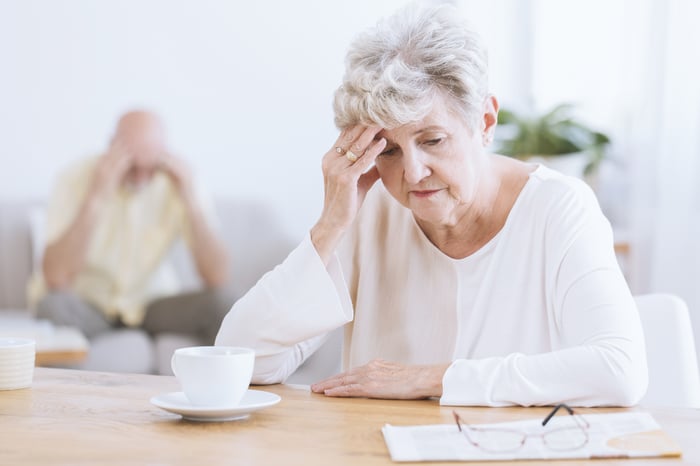 But while this setup is meant to benefit seniors, a recent glitch could leave many thousands on the hook for unexpected Medicare premium bills. The Social Security Administration recently announced that it did not properly deduct Medicare premium payments from some retirees' benefits earlier this year. As such, those recipients should be on the lookout for bills to make up that difference.

Compounding the problem is that many seniors may not have realized that their Medicare premiums weren't being paid. As such, they may have already spent the extra money in their Social Security benefits, leaving them with no easy way of paying their past-due Medicare premiums once billed for them.

Another tricky aspect of this glitch is that it impacted premium payments earmarked for Medicare Advantage plans and Part D drug plans. As such, seniors who didn't have their premiums paid will need to work with their plan providers individually to come up with a means of making them whole. All in all, it's a tough situation for seniors to be in, and it underscores the need for adequate savings during retirement.

Working Americans and retirees alike need emergency savings to cover unanticipated expenses -- and a string of Medicare premium bills most definitely falls into this category. Now one might argue that the bills in question don't qualify as unexpected, since seniors on Medicare are aware that they need to be paying for their plans on a monthly basis. But the fact that they thought those premiums were being paid, and are now potentially stuck with a number of overdue premiums bunched together, highlights the importance of having extra money on hand for the unexpected.

At a minimum, it's best to have three months' worth of living expenses available in a savings account. Six months' worth buys additional protection. Seniors with ample savings who now face a large Medicare bill are apt to be less stressed over paying it than those with little to no money in the bank, and little leeway in their monthly budgets.

The good news in this situation is that the aforementioned glitch has since been fixed, and that all Medicare plans are required to offer enrollees a grace period for paying missed premiums before canceling their coverage. Still, this hiccup should serve as a very important lesson: to have savings on hand at all times, and at any age.