Start early, save a lot.

Have you ever wondered what it takes to be a millionaire by saving just in your 401(k)?

It's a serious question. After all, roughly half of Americans think they need $1 million to retire on -- and where better to save that money than in a tax-advantaged account like your 401(k)?

The important thing is to start early and save as much as you can. 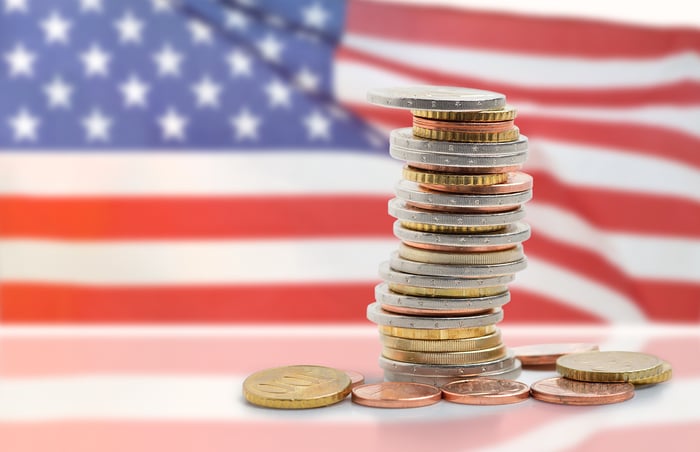 That was pretty general, so let's put some numbers to it.

We'll try to assume fairly typical circumstances. Let's have our fictional worker currently earning the U.S. median household income of $61,372 (per the U.S. Census). That person contributes 10% of their pay to a 401(k) and receives a typical 4% company match. (Per a recent Fidelity study, it's actually more like 4.7%, but that's an increase from the recent past, so let's round down to be conservative.) Let's also assume that person receives a 2% raise each year, roughly in line with inflation, and that the funds in their 401(k) return 7% annually, similar with historical market returns.

Ways to get there faster

Of course, not everyone has 30 years until retirement -- so let's take a step back and consider the primary levers someone could pull to speed up their move to 401(k) millionaire status.

That's for two reasons: First off, if you save the same percentage off a higher salary, that's more money. If someone just bumps up from 2% annual raises to 3% off the base case I shared above -- that is, 10% deferral to 401(k) and a 4% company match -- they'd achieve 401(k) millionaire status after 28 years.

But there's another benefit: If you've gotten used to living off a certain amount and then receive a sizable raise, you could just continue living as you had been... and bank all the extra money. That's where the math starts getting really interesting.

Let's take the 3% annual raise case I just described -- again, with the median household income -- and let's pretend that instead of continuing to defer 10% of their salary after the first year, the worker instead only grows their expenses 2% per year and banks all the rest. They'll cross into 401(k) millionaire status after just 24 years. If they only grow their expenses by 1% annually and bank the rest in their 401(k), they'll get to millionaire status after just 21 years.

The fact of the matter is that anyone hoping to achieve 401(k) millionaire status -- assuming they're starting today -- needs time and continual financial contributions to make it happen. Fortunately, the two trade off with each other, so if you have a great deal of one, you won't need as much of the other.

Regardless of whether or not you're on track to achieve millionaire status, the most important thing is to keep chipping away at your long-term retirement needs by contributing whatever you can toward your nest egg.