Please ensure Javascript is enabled for purposes of website accessibility
Log In Help Join The Motley Fool
Free Article Join Over 1 Million Premium Members And Get More In-Depth Stock Guidance and Research
By Maurie Backman - Jun 24, 2019 at 6:18AM

These could spell the difference between an easy retirement and a stressful one.

Retirement is an exciting milestone, but one you really need to prepare for extensively. If you're planning to retire in about a year's time, make sure to check these critical items off your list.

You're probably aware of how much savings you have in your IRA or 401(k) plan. But do you know how much annual income your savings will provide you? As a general rule, you can expect to withdraw about 4% of your savings balance annually to avoid depleting your nest egg prematurely. Of course, you can play around with this figure and adjust it as you see fit, but for the purpose of this example, we'll go with that classic 4%.

Now, let's say you're sitting on $500,000 in retirement savings. That might seem like a ton of money. But if you're only looking to withdraw 4% annually, it gives you just $20,000 per year to spend. That's not necessarily terrible if you have other income sources at your disposal, like Social Security, but it doesn't necessarily mean you're retiring rich, either. Therefore, be aware of what your savings will actually do for you income-wise rather than fixate on what seems like a grand number on a screen. 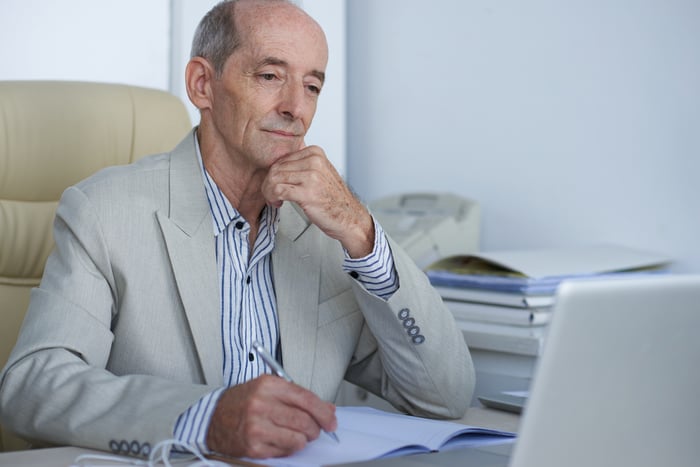 The more debt you retire with, the more your limited income will be monopolized by pesky monthly payments. Retiring with a small amount of debt isn't necessarily terrible, but retiring with a ton of it could put a huge strain on your resources down the line. Therefore, if you're sitting on, say, $20,000 in credit card debt and another $40,000 in the form of an unpaid mortgage, you might think about delaying retirement until you've managed to knock some of it out (keeping in mind that you should first focus on unhealthy debt, like that of the credit card variety, before paying down a mortgage).

Chances are, you'll rely on Social Security to some extent once you retire. That's why you need to put some thought into when you'll be filing for benefits. You're allowed to claim Social Security as early as age 62, but if you file before reaching full retirement age (either 66, 67, or somewhere in between, depending on the year you were born), you'll reduce your benefits, and most likely for life. There's also the option to delay benefits past full retirement age and grow them by 8% a year up until you turn 70.

The decisions you make with regard to Social Security will likely boil down to factors such as your level of personal savings and your health (the healthier you are, the more it pays to delay benefits). But either way, nail down a filing strategy rather than assume that you'll sign up for benefits the moment you stop working.

You're probably planning to enroll in Medicare once you stop working -- but unless you'll be retiring at 65 or later, that option is off the table. If you're planning to retire before turning 65, you'll need an alternate means of health insurance, whether it's a plan you buy on the open marketplace or coverage under COBRA.

Even if you are eligible to get on Medicare as soon as you retire, you may not want the traditional version of it. Original Medicare is divided into three distinct parts -- A, B, and D -- and the latter two cost money in the form of monthly premiums (Part A is generally free). Traditional Medicare, however, doesn't cover a number of key services that seniors tend to need, like dental, vision, and hearing, so you may want to look into a Medicare Advantage plan instead. Advantage plans are often comparable in cost to traditional Medicare, only they cover the aforementioned services and offer other key benefits that original Medicare doesn't. Figure out exactly what you'll be doing for health coverage in retirement so you're not left scrambling once you're no longer covered under an employer plan.

Retiring is a major step, and one you shouldn't take blindly. Make these key moves as you gear up to retire so you don't wind up stressed once your career comes to a close.