Seniors who collect Social Security often go into retirement knowing how much to expect in benefits. That's because they're able to obtain that information from their annual earnings statements.

But for the past number of years, accessing those statements has been easier said than done. Since 2012, the Social Security Administration (SSA) has done away with mailing those statements for workers under 60. Those who don't receive a paper copy by mail have the option to view that information online by creating an account on the SSA's website. The problem, however, is that many just don't take that step.

A report from the Social Security Office of the Inspector General released earlier this year found that only 43% of registered users on the SSA's website accessed their online statements in 2018, down from 48% in 2017 and 53% in 2016. That's a problem, because those statements contain not only information about estimated benefits but also also wage details that help determine those benefits. 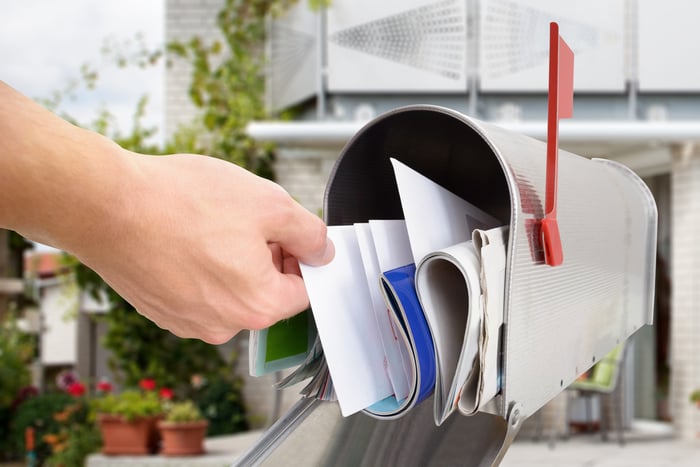 Viewing those statements is important, because workers who spot errors on their statements must get them corrected to avoid potentially losing out on Social Security income down the line. They can't do that, however, if they don't access those statements in the first place.

The good news, however, is that Congress is considering reinstating paper earnings statements for all workers aged 25 and over. It's all part of a bill called the Beneficiary Education Tools, Telehealth, and Extenders Reauthorization Act of 2019, or BETTER Act, and it could be instrumental in prompting workers to be more proactive about reviewing their statements.

The downside, of course, is the cost associated with sending those statements in the mail. And given that Social Security is already facing some funding shortfalls, that could exacerbate an already brewing problem. On the other hand, making earnings statements more accessible could make it easier for workers to plan for retirement, all the while helping them avoid reductions in benefits due to clerical and reporting errors.

The importance of reviewing earnings statements

Earnings statements from the SSA serve two key purposes. First, they estimate benefits at full retirement age, which could help many workers budget and plan for their golden years. Of course, the closer to retirement a given worker is, the more accurate his or her benefits estimate is likely to be. But if anything, it's a good starting point for those wondering how much income to look forward to from Social Security, and how much income to rely on their own savings to provide.

Just as importantly, reviewing earnings statements regularly for errors could help prevent needless reductions in benefits. It could be the case that a given worker's earnings one year are recorded in an amount that's, say, $20,000 lower than the wage he or she actually collected. That sort of discrepancy could then bring down that person's benefits in retirement, since those monthly payments are calculated based on workers' top 35 years of wages. It's also possible for the SSA to have no earnings on file for a worker during a given year when, in fact, he or she made a substantial salary.

Granted, major errors are hardly par for the course. But they can happen, and without easy access to those earnings statements, many workers risk glossing over them and failing to get them corrected. Therefore, while mailing out paper statements might cost the SSA some money, it's an expense that may be more than worthwhile.