We often read that Americans spend too much and don't save enough, so any news that U.S. adults are cutting back on purchases is a much-needed breath of fresh air. And apparently, one-third of Americans managed to reduce their spending this past year, according to a survey by CNBC and financial app Acorns in partnership with SurveyMonkey.

When asked what prompted them to cut spending, most folks who did so said it was because they had lost a job or other source of income. The second most-common reason was new debt (and, presumably, a desire not to add to it). And for some, the inspiration to reduce spending was none other than fear of a possible recession. 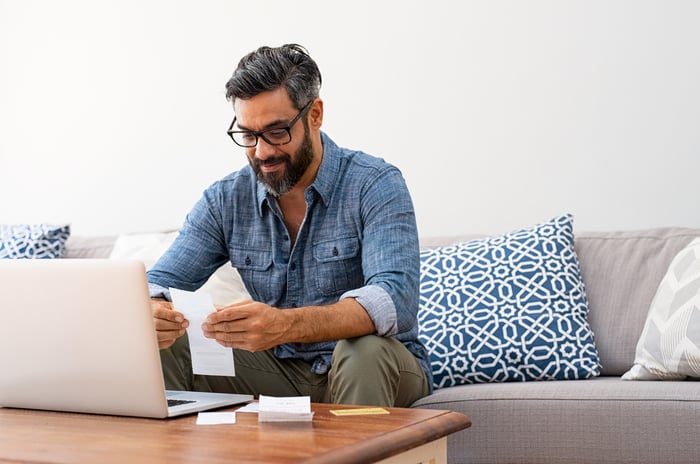 You don't need a specific reason to spend less. The lower your bills and expenses, the more you'll have left to save for important things like emergencies, retirement, college, or other goals. But if you've struggled to slash your spending in the past, here are a few tactics to do better.

It's hard to cut back on spending when you're not actually sure how much your various bills or expenses are in the first place. To remedy this, carve out some time to set up a budget. To do so, comb through your bank and credit card statements from the past year, see how much you spend on average across various expense categories, and compare those numbers with what you bring home in your paychecks. From there, you'll be able to see how much you can reasonably save by cutting back.

For example, imagine you typically spend $300 a month on restaurants and takeout meals. Once you see that number in front of you, it might jog something in your brain that makes you realize, "Hey, I can lower that figure to $150 and still enjoy good food here and there."

For some people, shopping is a necessity. For others, it's entertainment. If you fall into the latter camp, you'll need to change the way you think about shopping if you're serious about spending less.

You can accomplish this in a number of ways, but a good place to start is by not allowing yourself to shop online unless it's for essentials you use regularly. For example, if you use the internet to buy things like toiletries and cleaning supplies because you've found a cheap source, no problem. But don't browse retail sites at night or on the bus ride home from work because you're bored. Instead, read a book during your commute, or take up a hobby that keeps you busier during evenings.

Furthermore, make going to stores a chore rather than a fun outing. Create shopping lists and don't stray from them. This way, you'll learn to associate shopping with getting things done, as opposed to an activity you do for enjoyment.

Credit cards make it easy to spend, because you don't have to worry about having physical cash on hand to pay for things. If you want to start spending less, remove the option to make unplanned purchases by shopping only with cash, and bring just enough money to buy the things you intended.

For example, if you're heading out to buy milk, eggs, and a pair of socks at your local superstore, a $20 bill should more than cover those items. If you only bring $20 with you and leave your credit cards at home, you won't have the option to buy the $80 gadget that catches your eye as you walk in.

Slashing your spending is a good way to buy yourself more financial security, no matter what life throws at you. If you've had a hard time cutting back in the past, use these tricks to curb your spending -- and boost your cash reserves.