Though there's absolutely no rule out there stating that you must accumulate $1 million in order to retire comfortably, it's also fair to say that a $1 million nest egg should, in theory, buy you a pretty decent lifestyle during your golden years. Attaining that figure may seem next to impossible, especially when you're first starting out on the retirement savings front, but here's some good news: If you start setting funds aside early enough, hitting $1 million is actually easier than you'd think.

Could you become a millionaire retiree?

Many working folks want to save for the future, but can only part with so much of their monthly income. This especially holds true for those with a pile of existing expenses, like credit card or student debt payments, hanging over their heads.

But here's the thing: The sooner you begin saving for retirement, the less money you'll need to set aside each month to hit the $1 million mark, and the reason boils down to compounding. 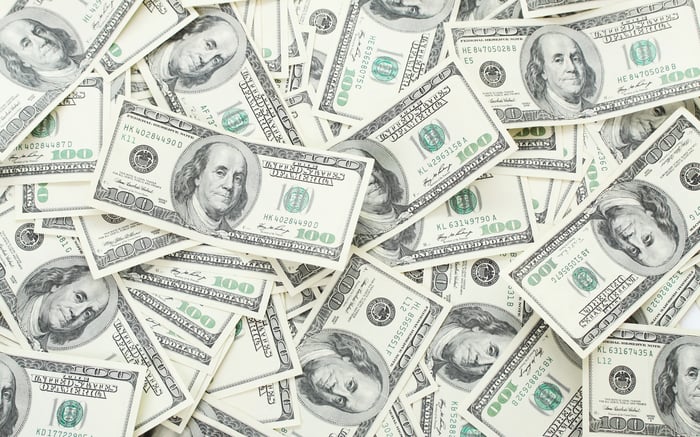 Compounding is the concept of earning interest on interest, and it's what could enable you to turn a series of relatively small retirement plan contributions into $1 million over time. When you fund an IRA or 401(k), you get to invest that money for added growth. You can then reinvest those gains so that they make you even more money.

With that in mind, check out the following table. It'll show you how much you'll need to set aside each month to retire with $1 million based on the age you start saving:

As you can see, the longer you wait to kick off your savings efforts, the more you'll need to contribute to a retirement plan on a monthly basis to reach $1 million. And while setting aside $420 or $605 a month may be doable, even on an average salary, setting aside $2,035 is no easy feat. But if you do give yourself a 40-year savings window, you can amass $1 million at a cost of just $201,600 to you ($420 a month x 40 years) thanks to the power of compounding.

Of course, the return you snag on your investments will play a role in your ability to grow your wealth as well. The above table, in fact, hinges on an average annual 7% return on investment. That's a couple of percentage points below the stock market's average, and it's a reasonable assumption for a portfolio that's heavy in stocks and invested over a period of 10 years or more. But if you play it too safe with your investments, you'll see lower returns, and will therefore need to compensate by forking over a lot more cash on an ongoing basis.

Building wealth is easier when you kick off your efforts at an early age. If your company offers a 401(k) plan, sign up for it immediately, especially if there's an employer match involved. And if you don't have access to a 401(k), open an IRA and house your retirement funds there. The sooner you do, the less trouble you'll have amassing a healthy level of savings for your golden years.