Please ensure Javascript is enabled for purposes of website accessibility
Free Article Join Over 1 Million Premium Members And Get More In-Depth Stock Guidance and Research
By Selena Maranjian - Jul 21, 2019 at 9:00AM

There's a good chance you're headed for financial disaster -- unless you take some critical steps now.

Take a moment to think about what kind of financial shape you're in. Are you deep in credit card debt? Have you been saving for retirement -- or just coasting along, assuming that Social Security and Medicare will take care of you? Are you living below your means -- or beyond it?

If you're like millions of Americans, there's a lot of room for improvement in your financial life, and you'd do well to change your ways -- pronto. Consider this your financial wake-up call -- and share it with any loved ones who also need to be financially "woke." 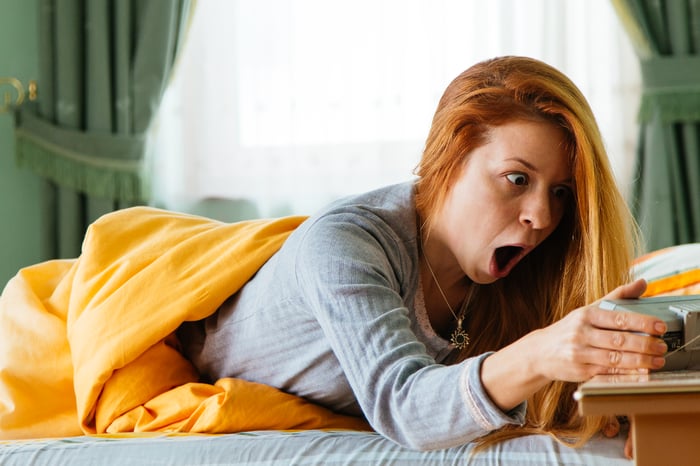 A sorry state of affairs

To set the stage for this wake-up call, check out the following statistics:

Why this wake-up call is urgent

Clearly, millions of Americans are in dire need of a wake-up call. The statistics above tell us that:

The wake-up call is urgent because, though many of us are not well-positioned for a great retirement right now, there's likely still time to improve our situation -- if we act now. The table below shows how much you might amass, depending on how far from retirement you are, if your money grows by an annual average of 8%:

Unfortunately, the stats also show that not only are many people way behind on saving for retirement, but if they would have trouble paying an unexpected $400 bill, they're probably not in a great position to be able to save much for retirement. 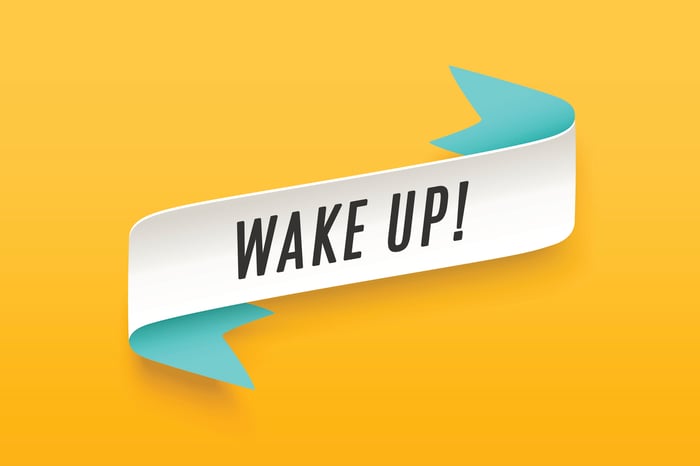 Steps to take to strengthen your finances

Even if you're financially strapped right now, perhaps deep in debt, there are steps you can take to bolster your future financial security. Here are some key moves to make:

Get out of debt: No matter how much you owe, you can succeed in paying off a lot of debt. (Here are six reasons why you should make doing so a priority.)

Start saving aggressively: Once you know how much you'll need by when, you can start figuring out how much to sock away each year. Be aggressive and disciplined about it. The folks at Vanguard recently reported that the median 401(k) contribution of American workers is 6% of pay -- which approaches 10% when you add in the median company matching contribution. That's not enough for most people, though, especially those who aren't starting to save for retirement while they're still young. Vanguard recommends a total contribution rate of between 12% to 15% of salary -- and many people may need to be socking away more than that, depending on how close to retirement they are.

Save more and spend less: You might need to take on a side hustle to generate more income, at least for a few years. At the same time, you can save significant sums in lots of ways, such as by quitting smoking, exchanging a gym membership for exercising at home, cutting the cable cord and switching to one or two streaming services, and so on.

Invest effectively: You don't have to become a stock market genius all of a sudden. You can get great results with long-term money by just sticking with low-fee, broad-market index funds for much or all of your investing. One good example is the SPDR S&P 500 ET, which distributes your assets across 80% of the U.S. stock market. Index funds have a long history of outperforming stock mutual funds managed by Wall Street pros, and even super-investor Warren Buffett recommends index funds for most investors.

It's within your power to give yourself a more comfortable and secure retirement -- and possibly a much better one. So don't just coast through life assuming that all will be fine in retirement. There's a good chance it won't, unless you take this wake-up call seriously and start taking some powerful steps in the right direction. Revisit the table above that shows how much you can amass over time -- and let that inspire you.