Please ensure Javascript is enabled for purposes of website accessibility
Free Article Join Over 1 Million Premium Members And Get More In-Depth Stock Guidance and Research
By Maurie Backman - Jul 24, 2019 at 8:47AM

How does yours compare?

We all have our share of money-related issues in life. For some of us, they're home-related. For others, they're medical in nature. But according to Ameriprise Financial, younger Americans' top financial setback is none other than the loss of a job, or a similar career issue.

What's interesting, though, is that the people surveyed for this study were adults aged 30 to 79 with at least $100,000 in investable assets -- in other words, not people straddling the poverty line. The fact that a work-related issue caused financial upheaval for the younger part of that group highlights the importance of making one key financial move: building emergency savings. 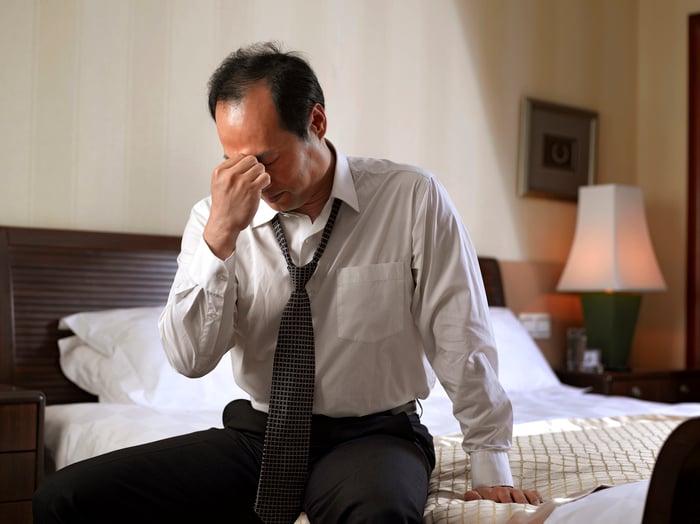 You need money in the bank

The reason? Investable assets aren't always liquid, and when they are, liquidating them immediately often means suffering a financial loss.

Imagine you need money to cover an emergency expense, but you don't have any available cash. If your only choice is to sell off investments and take a $2,000 loss in the process, that's a sum you won't get back.

That's why you must have money in the bank at all times, even if you're sitting on a nice pile of investments. That way, you can access that cash whenever you need to, and you don't need to worry about losing out on principal in the process.

How much money should you have on hand for emergencies? Ideally, it should be enough to cover somewhere in the range of three to six months' worth of living expenses. That way, if you wind up losing your job or having your hours cut, you'll have money to tide yourself over while you either look for a brand-new role, or find yourself a second gig to compensate for those reduced hours.

Of course, you don't want to put too much cash in the bank, because even with a yield-high savings account, you probably won't get close to the same return as you'd get by investing your money. At the same time, don't make the mistake of tying up all of your money in investments, because while you might think you can just sell them for cash at any time, you risk taking major losses in the process.

Unfortunately, it's possible to lose a job without warning, even if you're a solid employee with a history of accolades and stellar performance reviews. Often, these things aren't personal; they happen as a result of financial issues on the employer side or management changes. Furthermore, it's possible to get demoted if you take a job that's the wrong fit for you and doesn't align with your skill set. Again, these things happen. But if you want to avoid struggling financially when they do, make a point of building an emergency fund and leaving that money in a savings account. You might lose out on higher returns by keeping money in cash, but you'll gain peace of mind.