Please ensure Javascript is enabled for purposes of website accessibility
Log In Help Join The Motley Fool
Free Article Join Over 1 Million Premium Members And Get More In-Depth Stock Guidance and Research
By Maurie Backman – Aug 3, 2019 at 6:48AM

If you're guilty of it now, it's time for a change.

Chances are, you've made a few financial mistakes in your day. Maybe you racked up credit card debt when you were younger and damaged your credit score as a result. Or maybe you bought a cool car you didn't need, and raided your savings in the process.

Well all make our share of money-related blunders, some of which can have longer-term consequences than others. But if there's one mistake you don't want to make, it's neglecting your 401(k) plan. In a recent TD Ameritrade survey, Americans ranked not investing in a 401(k) as their No. 1 financial error. If you're guilty of ignoring your 401(k), it's time to rethink that decision -- before you really regret it down the line. 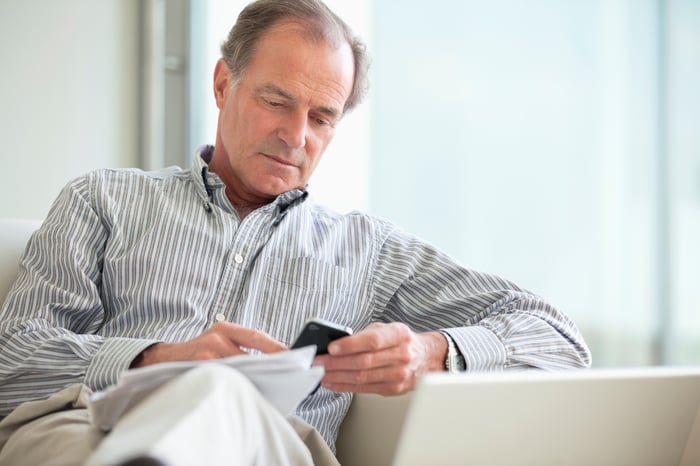 You'll need personal savings to pay the bills in retirement -- there's no getting around that. Though Social Security will provide you with some income, it generally won't be enough to cover your bills in full. That's why it's crucial to put money away for your golden years, and the sooner you start, the more opportunity you'll give that money to grow.

Now you do have the option to save for your golden years in an IRA instead of a 401(k), regardless of whether your employer sponsors a retirement plan. But here's why 401(k) are particularly beneficial.

Furthermore, higher contribution limits increase your chances of meeting your ultimate savings goals. Let's imagine you want to retire with $1 million in 30 years. If you were to max out an IRA at the current limits ($6,000 a year for workers under 50, and $7,000 a year for those 50 and over) between the ages of 35 and 65, you'd wind up with $592,000, assuming your investments generate an average annual 7% return (which is more than doable with a stock-focused strategy). But if you were to max out a 401(k) at the current limits between ages 35 and 65, you'd wind up with close to $2 million, assuming that same 7% return.

Now this isn't to say that if you're limited to an IRA, you can't just max out that account and then invest additional funds elsewhere. But you may not manage to do so in a tax-advantaged fashion, whereas with a 401(k), you get to save and invest more of your money in that manner.

Another reason to capitalize on your employer's 401(k)? Many companies that sponsor these plans also match employee contributions to varying degrees. If your employer is willing to match contributions of up to 3% of your salary, and you earn $100,000 a year, that's a free $3,000 coming your way, assuming you also put in that amount.

Of course, 401(k) plans aren't perfect. They come with administrative and investment fees that can eat away at your returns, and while you can control the latter by choosing your investments wisely, you generally don't get wiggle room with the former. But even with that limitation, it still pays to put money into a 401(k) if your employer offers a plan. Fail to capitalize on that 401(k), and you could wind up kicking yourself once your golden years roll around.