Here are a few explanations behind this trend.

Social Security benefits are earnings-based. Specifically, they're calculated by averaging workers' 35 highest-paid years on the job and adjusting wages for inflation. But the age at which those benefits are claimed could cause them to go up, go down, or stay the same.

Someone who claims Social Security at full retirement age will get the exact monthly benefit his or her earnings record allows for. That age, depending on your year of birth, is either 66, 67, or 66 and a specific number of months. However, the Social Security Administration allows seniors to file for benefits as early as age 62, which means they have the option to get their money between four and five years ahead of full retirement age. 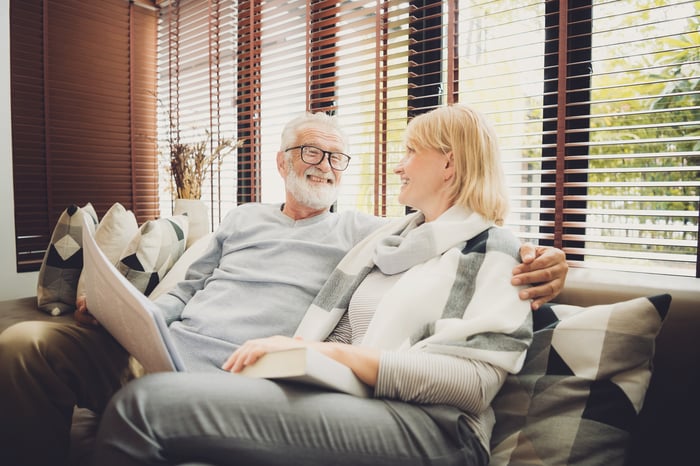 There's a catch, though: For each year benefits are claimed before full retirement age, they're reduced as follows:

That means someone with a full retirement age of 67 who files at 62 faces a 30% reduction in benefits that, in most cases, will remain in effect permanently. (The only way for such a reduction to not be permanent is to withdraw a benefits application and repay all money collected within a year.) Given the number of seniors who rely heavily on Social Security to make ends meet, it would make sense to shy away from filing as early as possible. But surprisingly, 62 is the most popular age to claim benefits, and here are a few reasons why.

Voya Financial estimates that 60% of workers retire sooner than anticipated, and the reasons run the gamut from job loss to health issues that make it impossible to remain employed. Seniors who are forced to retire earlier than planned may therefore have no choice but to claim benefits as soon as possible, especially if they're without savings to pay the bills.

Poor health can make it difficult to hold down a job, but it can also shorten life expectancies. And seniors who don't expect to live a long life are generally advised to file for Social Security as early as possible. While doing so reduces benefits on a monthly basis, it often increases the total collected on a lifetime basis.

Many workers worry that Social Security won't be around for them in retirement, or that it'll disappear completely in the not-so-distant future. As such, they rush to claim benefits as early as possible to avoid losing out on that income upon the program's demise.

The reality, however, is that Social Security is not going broke. If the program's future funding shortfall isn't addressed, it may have no choice but to cut benefits down the line, but even that isn't set in stone. But because so many seniors buy into the myth that Social Security is on the verge of bankruptcy, they file for benefits the minute they're eligible.

Claiming Social Security at 62 isn't always a bad idea, and it certainly makes sense for seniors with health issues who don't expect to live a long life. But anyone thinking of filing at 62 should consider the drawbacks of jumping the gun and the upside of waiting. This especially holds true for seniors without savings who expect to depend on Social Security as their primary income source during their golden years.