Millions of seniors rely on Social Security to pay their bills, and for many, those benefits are their primary source of income. It's no wonder, then, that so many eagerly await news of a cost-of-living adjustment, or COLA, each October.

The purpose of COLAs is to help seniors on Social Security retain their buying power in the face of inflation. As such, these raises, modest as they may be, can make a huge difference to people already on a tight budget. 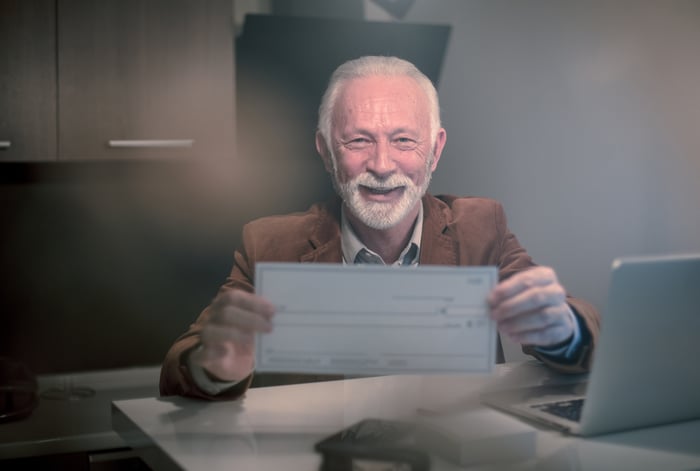 For 2019, Social Security's COLA was a fairly generous 2.8%. It's too soon to know what the 2020 COLA will look like, but based on current data, estimates are coming in between 1.6% and 1.7%. Still, those numbers aren't set in stone, and until we receive a full set of third-quarter data from the Consumer Price Index for Urban Wage Earners and Clerical Workers, or CPI-W (which determines the COLA), we won't know for sure what the raise for seniors will look like.

If you're itching to hear what your upcoming COLA will be, you're in good company. But know this: Even if that number comes in higher than expected, it still may not be something to celebrate.

Though any type of raise from Social Security is better than no raise at all, the fact is that even last year's 2.8% increase wasn't much for some seniors to celebrate. The average beneficiary today collects $1,461 a month, so if another 2.8% raise were to come in, it would put about $41 more into the typical senior's pocket each month.

Or would it? Remember that seniors who pay their Medicare Part B premiums from their Social Security benefits are subject to Medicare's hold-harmless provision, which spares recipients a reduction in benefits if premium cost increases outpace their COLA. This means that if Medicare goes up a lot this year, seniors may not see an actual raise at all.

Furthermore, while we don't know yet what 2020's COLA will look like, it's likely to come in lower than it did last year. This means that even if Medicare premiums don't rise all that much, the typical senior could be looking at a boost somewhere around $25 a month.

Here's what all of this means: If you're a senior who's heavily reliant on Social Security, and you're already struggling to make ends meet, the 2020 COLA, whatever it is, won't bail you out of a tough financial situation. Instead, you'll need to take steps to improve your personal economic picture. That could mean downsizing to a smaller home. It could mean relocating to a part of the country with a lower cost of living. Or it could mean getting a part-time job to boost your income more substantially than Social Security can.

The Social Security Administration will be announcing its COLA in mid-October. Regardless of whether that news is better or worse than current projections, don't get too hung up on it. Instead, think about the things you can do to make your living expenses more manageable and avoid teetering on the edge of debt.

Waiting on This Big Social Security Announcement? Here's What to Do Instead @themotleyfool #stocks Next Article
Current