Sometimes, it pays to file as soon as you can.

Social Security serves as a substantial income source for millions of retirees today, which is why seniors are generally advised not to file for benefits early. Though your benefits are calculated based on your average wages (adjusted for inflation) during your 35 most profitable years on the job, you're only entitled to claim them in full once you reach full retirement age. That age, depending on your year of birth, is either 66, 67, or somewhere in between.

However, the Social Security Administration will allow you to file for benefits as early as age 62, albeit in exchange for a permanent reduction in those monthly payments. It will also allow you to delay benefits past full retirement age and accrue credits that boost your payments by 8% a year, up until you turn 70. 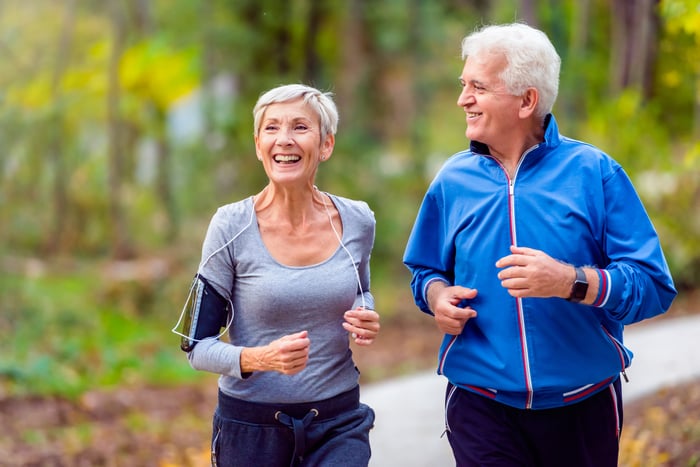 The downside of claiming benefits early is clear: You'll lose out on income that could prove handy during your golden years, especially if your savings aren't particularly robust. In a worst-case scenario, you could face as much as a 30% reduction in your benefits if you file at age 62 with a full retirement age of 67, and that's a pretty significant hit. But sometimes, taking that hit makes sense, and if any of the following scenarios apply to you, it could pay to file sooner rather than later.

1. Your health is extremely poor

Social Security is technically designed to pay you the same total amount in your lifetime regardless of when you first file, provided you live an average life expectancy. But if your health is really poor, you're generally better off filing for benefits early, as doing so will result in the highest possible lifetime payout.

Imagine you're entitled to a monthly benefit of $1,500 at a full retirement age of 67. Claiming benefits at 62 will reduce each monthly payment you receive to $1,050, but you'll collect 60 more payments so that come age 78-1/2, you'll have roughly broken even (meaning, you'll have collected the same total regardless of whether you filed at 62 versus 67). But if your health is really poor, and you don't think you'll make it to 78 1/2, then you're better off filing early. In this example, you'll come out $36,000 ahead in your lifetime if you file at 62 (as opposed to 67) but only live until 72.

2. You have no other source of income

Many people lose their jobs in their early 60s, or find themselves unable to work due to health issues or needing to care for a loved one full-time. If that's happened to you, and you don't have enough money in savings to cover your expenses, then claiming Social Security early is a good idea. If you don't start taking benefits, you may have no choice but to rack up serious debt to pay your bills, which will only cost you more money in the long run, not to mention wreck your credit and result in a world of stress.

3. You don't actually need the money at all

The danger in claiming Social Security early is reducing a major income stream for life and struggling after the fact. But if your savings are so robust that you can easily pay your living expenses without those benefits, then you might as well claim them early on and enjoy them when you're younger and are apt to have more energy to make the most of them. For example, if you're looking to travel, it stands to reason that you'll be in better shape to trek the globe at 62 than at 67 -- in which case you might as well file for Social Security as early as you can.

Though you'll often hear that claiming Social Security early is a dangerous move, in some cases, it makes sense. Think about your personal circumstances when deciding when to file, because you may find that taking benefits ahead of schedule works out best for you.