Please ensure Javascript is enabled for purposes of website accessibility
Log In Help Join The Motley Fool
Free Article Join Over 1 Million Premium Members And Get More In-Depth Stock Guidance and Research
By Maurie Backman – Sep 15, 2019 at 8:48AM

Don't fall for these -- if you do, your retirement savings could take a serious hit.

It pays to sock away cash for retirement in a tax-advantaged savings vehicle, and to this end, 401(k)s offer a lot of benefits. Not only do they come with higher contribution limits than IRAs, but often, employers match worker contributions so that participants effectively get free money.

Still, there's a lot of misinformation circulating about 401(k)s, and if you make the mistake of buying into it, you'll risk shorting yourself on retirement savings. Here are a few common myths you really shouldn't believe.

If you're a salaried worker whose employer doesn't offer a 401(k), you may need to revert to an IRA for retirement savings purposes. But if you're self-employed, you have the option to save in a solo 401(k). 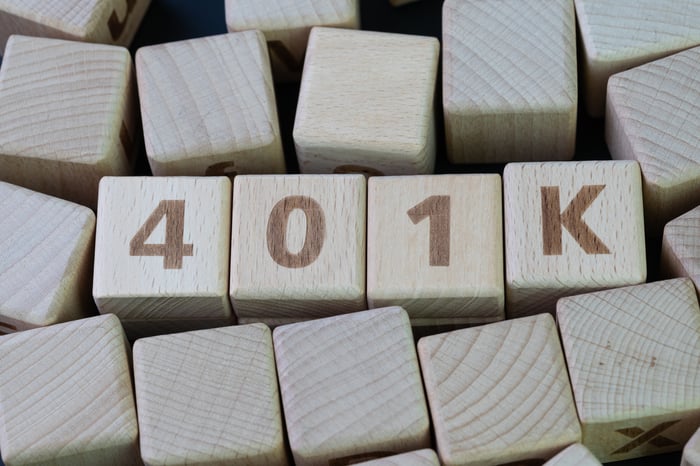 As the name implies, a solo 401(k) is one that you manage yourself. Generally, you'll pay a modest fee to set it up, coupled with a monthly maintenance fee. (Keep in mind that salaried workers with 401(k)s pay their own share of administrative fees, too.) From there, however, you'll get to invest your money in any of your plan's fund choices.

One major difference between employer-sponsored 401(k)s and solo 401(k)s is that with the latter, you benefit from higher contribution limits. Currently, you can put in up to $56,000 if you're under 50, or up to $62,000 if you're 50 or older. Whether you'll actually get to max out, however, will depend on your income, since your maximum allowable contribution is calculated based on what you earn -- but the potential to put in $56,000 or $62,000 a year does exist.

2. You'll be automatically enrolled in your employer's 401(k)

Though automatic enrollment in employer-sponsored 401(k)s has become more common in recent years, not every company maintains such a system. As such, don't assume that you're enrolled in your employer's plan. Rather, go to your payroll or HR department and ensure that you're all set up.

Keep in mind that if you are automatically enrolled in your company's 401(k), your contributions will likely be set at a fairly low level -- generally, just enough to max out your employer's contributions. As such, it pays to check what your enrollment status looks like, and to elect your own contribution based on what you can afford and how aggressively you're aiming to save (keeping in mind that the more money you put into that plan, the better).

Target-date funds -- funds designed to grow increasingly conservative as their associated target dates approach -- are a popular choice for 401(k)s, namely because you can pretty much set them and forget them. The problem, however, is that target-date funds don't always offer the best returns on your savings, and they're often loaded with fees that eat away at your returns.

Your 401(k)'s default savings option will generally be a target-date fund, which means that when you first contribute money to your plan, it will go into this type of fund. However, you're often better off choosing your own investments -- ones that align with your personal strategy and tolerance for risk. And if you're eager to avoid some of the fees that are often associated with target-date funds, a good bet is to load up on index funds. Index funds are passively managed; they simply track existing market indexes, like the S&P 500, and as such, charge minimal fees.

4. Contribution limits stay the same from year to year

Though not everyone has the ability to max out a 401(k), it's a solid goal to aim for. Maxing out year after year will help ensure that you retire with more than enough money to sustain yourself once your career comes to a close.

As of now, we don't know if 401(k) limits will increase for 2020. But if your goal is to max out, pay attention to that announcement from the IRS, or ask your HR or payroll department to confirm what the limits are before the start of the new year.

The more educated you are about 401(k)s, the greater your chances of building a solid nest egg for retirement. It pays to read up on how 401(k)s work, especially if you're saving in one for the first time.