Please ensure Javascript is enabled for purposes of website accessibility
Log In Help Join The Motley Fool
Free Article Join Over 1 Million Premium Members And Get More In-Depth Stock Guidance and Research
By Katie Brockman - Oct 3, 2019 at 5:43AM

Early retirement may not be the dream you're envisioning.

If you're itching to leave your job as soon as you can, early retirement has probably crossed your mind.

For some people, early retirement is a dream come true. You can finally forget the alarm clock, spend your days however you please, and never sit through a dreadful commute again. However, retiring early is more challenging than it may seem. If you haven't considered some of these common downsides to early retirement, it could quickly turn into a nightmare. 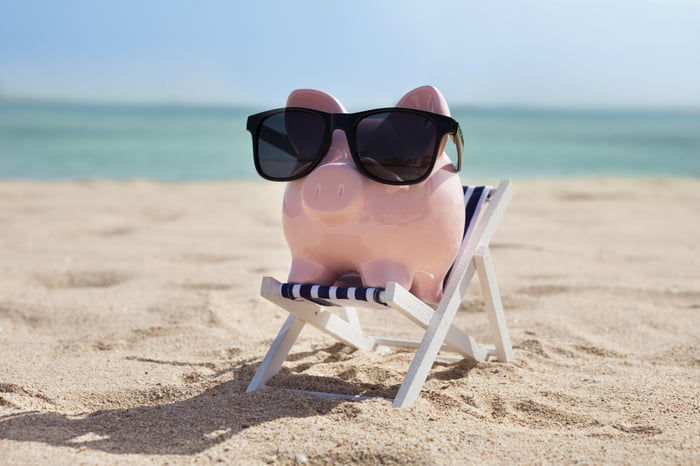 Retirement, in general, is incredibly expensive, and the average worker thinks they'll need around $1.7 million to last the rest of their life, according to a survey from Charles Schwab. Early retirement is even more costly because you spend more years living without income from wages, and leaving your job just a few years earlier than you initially planned might mean you need to save hundreds of thousand of dollars more.

As if that's not challenging enough, you also won't have as much time to save money when you retire early. Retiring even a year or two early means you're missing out on valuable time to accumulate wealth, and as a result, you'll need to supercharge your savings now to make up for it.

Depending on how much time you still have left to sock away money, it may be incredibly challenging to save enough to retire early. This isn't to say it can't be done, but if you're already behind on your savings and want to retire relatively soon, be prepared to make some serious sacrifices.

Exactly how much you'll need to contribute each month depends on the amount you currently have stashed away, how many years you have left until retirement, and how much you plan to save by retirement age. But you may need to start saving hundreds of dollars more per month to reach your early retirement goal.

Another factor to consider when retiring early is how you'll pay for healthcare expenses. You won't be eligible to enroll in Medicare until age 65, so if you retire before that, you'll need to find health insurance elsewhere -- because if you go without, a major medical expense could quickly drain your savings.

One option is to sign up for COBRA health insurance, which allows you to stick to your employer's insurance plan even after you leave your job. However, COBRA insurance is typically incredibly expensive because your employer no longer pays for a portion of the premium like when you were employed. Also, you're only allowed to stay on COBRA insurance for up to 18 months, so if you're planning to retire before age 63 1/2, you'll need to find another source of healthcare coverage when you're kicked off your plan.

You can also enroll in an insurance plan through the Affordable Care Act marketplace, but these plans may be more expensive than what you're used to through employer coverage. Prices vary based on your location and the type of coverage you're looking for, but you can typically expect to pay up to $1,000 more per month in premiums, especially if you're buying coverage for more people than just yourself. Make sure these costs are included in your budget if you retire early, because not preparing for them could throw off your entire retirement plan.

If your personal savings are falling short but you're determined to retire early, you may expect to lean on Social Security benefits to get by. But keep in mind that the earliest you can begin claiming your benefits is age 62, so if you retire earlier than that, you'll need to be able to survive on your savings alone for a few years.

In addition, if you start claiming as soon as you can at 62, you'll receive less each month than if you were to wait a few years. Claiming at your full retirement age (FRA) is the only way to ensure you'll receive the full benefit amount you're entitled to, and your FRA is either age 66, 67, or somewhere in between.

If you have an FRA of age 67 and you claim at 62, every check will be reduced by 30% -- for life. That means your personal savings will need to do most of the heavy lifting in retirement, making it even more important to establish a robust retirement fund to get you through your golden years.

Is early retirement right for you?

It takes extra planning and saving to be able to retire early, and not everyone will be up for the task. However, despite its challenges, early retirement can be achieved -- if you're willing to work for it.

If you have your heart set on retiring early, start preparing for it as soon as possible. Choose your ideal retirement age, then figure out how much you'll need to save by that age to retire comfortably. Don't forget to account for health insurance costs, and remind yourself that Social Security won't be there to shoulder the financial burden if you retire before age 62. You may need to amass well over $1 million, depending on how early you want to retire and how much you expect to spend in retirement, so prepare yourself for the sticker shock when calculating your retirement number.

Feeling overwhelmed by the prospect of saving that much? That's normal. Instead of getting caught up in how much you need to put away by retirement age, focus more on what you should be saving each month to get there. Break it down by week if you have to, making the goals smaller and more manageable. Then comb through your budget and see if you can reallocate some cash to your retirement fund.

If you still can't reach your saving goal, consider whether early retirement is worth the sacrifices. By delaying retirement for a couple of years, you can still enjoy your senior years comfortably while making it a little easier on yourself now.

Early retirement isn't for everyone, and it takes hard work and sacrifices to achieve this goal. Make sure you consider the disadvantages involved in early retirement before you decide to leave your job, and if it's something you still want to do, create a thorough plan so you're as prepared as possible.