The less money you save independently for retirement, the more likely you are to rely on Social Security once your career comes to a close. If you're an average earner, those benefits will replace about 40% of your former salary, which generally won't suffice to pay the bills. Therefore, you'll often hear that it makes sense to hold off on filing for Social Security as long as possible, because doing so allows you to boost your benefits for life.

Here's how that works: Your actual benefits are based on your average wages, adjusted for inflation, during your 35 highest-paid years of earnings. But you're not entitled to claim those benefits in full until you reach what's known as full retirement age, or FRA.

FRA isn't universal; it's based on the year you were born, and if that year is 1960 or later, you're looking at an FRA of 67. Meanwhile, the Social Security Administration (SSA) will let you claim benefits as early as age 62, but for each month you file ahead of FRA, those benefits will get slashed by a percentage that varies depending on how early you claim them. 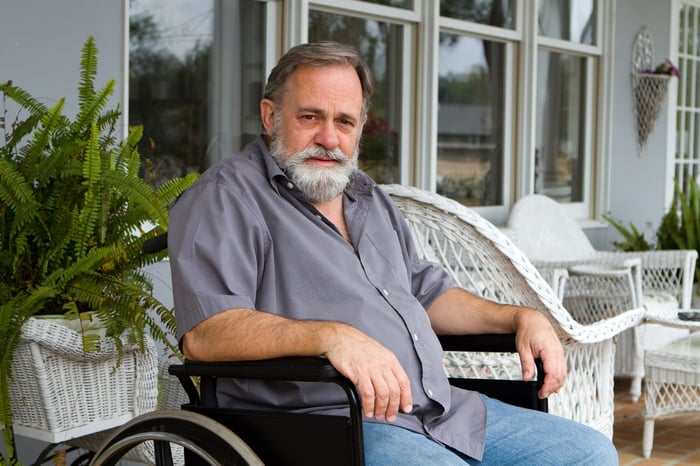 You also have the option to delay benefits past FRA. For each month you do, you'll accrue credits that boost those payments by 2/3 of 1%, which amounts to 8% a year. These credits stop building once you turn 70, which is why that's generally considered the latest age to file for benefits, even though the SSA won't actually force you to sign up at that time.

Now, at first glance, the idea of snagging a permanent boost in your monthly benefits may sound nice -- especially if you're low on personal savings and need all the money from Social Security you can collect. But before you get your mind set on delaying benefits as long as possible, recognize that one factor could render that plan ineffective: your health.

Here's an interesting fact about Social Security: It's supposed to pay you the same total lifetime benefit regardless of when you first file. Think about it this way: If you file early and reduce your benefits, you'll also collect a greater number of individual payments to make up the difference. If you delay benefits as long as possible, you'll get more money each month from Social Security, but fewer individual payments. At the end of the day, it all evens out.

The whole break-even assumption hinges on you living an average life-span. But if your health is poor, and you're unlikely to do that, then delaying benefits actually doesn't make sense.

The takeaway? The advice to delay Social Security as long as possible doesn't necessarily apply to those in poor health. While waiting to file will increase your monthly benefits, it could cause you to lose out on Social Security income over your lifetime, so be honest with yourself about your life expectancy, and think about the big picture before deciding when to file. Furthermore, don't let a lack of personal savings drive you to delay benefits when your health clearly isn't in good shape. Though it may seem like a wise idea in theory, it could cause you to lose out on money you'd otherwise manage to snag.