Once you leave the workforce and enter retirement, Medicare is what you'll rely on for healthcare coverage. Medicare eligibility kicks in at age 65, and your initial window to sign up begins three months before the month of your 65th birthday, and ends three months after that month. If you don't sign up during your seven-month initial enrollment period, you can sign up during the general enrollment period of January 1 through March 31 of each year.

But here's the problem: If you sign up late for Part B, which covers preventive and diagnostic services, you'll face a penalty that adds 10% to your monthly premiums for it for life. That penalty will kick in if you go 12 months without Part B upon being eligible. 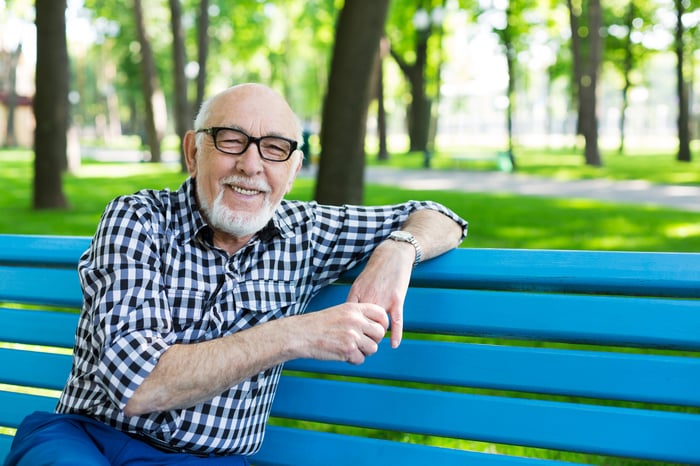 It's for this reason that seniors are advised to sign up for Medicare during their initial enrollment period. But what if you're still working during that time and have health insurance through an employer, or you're married to someone with a health plan and, as such, have the coverage you need? Paying for Part B hardly makes sense when you don't need health insurance, but you also don't want to risk that lifelong penalty.

Thankfully, there's a solution for this scenario. It's called a special enrollment period, and if you qualify for one, you can sign up for Part B at a later time without risking a penalty in the process.

How special enrollment periods work for Part B

Keep in mind that both events won't necessarily happen at once. If you decide to go part-time, for example, you may no longer be eligible for health coverage through your employer. Therefore, it's possible to still be employed but have your special enrollment period triggered.

Once your special enrollment period begins, you'll have eight months to sign up for Part B to avoid a penalty. But often, it pays to sign up as soon as you can. Though COBRA is an option, at least temporarily, it can be prohibitively expensive, especially if your employer heavily subsidized your health insurance premiums while you were still on its plan.

Dropping and reenrolling in Part B

Some people retire only to realize they left the workforce too soon. If you sign up for Part B, go back to work, and get group health coverage, you have the option to drop your Part B coverage and then sign up again under a special enrollment period. In that case, the above rules and timelines apply.

If you have a group health plan through an employer by the time you're eligible for Medicare, it may not pay to sign up for Part B, especially since you're given the flexibility to enroll later on. But that doesn't mean you shouldn't consider signing up for Part A, which covers hospital care. Unlike Part B, Part A is free for most enrollees, which means that even if you already have coverage, you can sign up and use it as secondary insurance. In some cases, it might pick up the tab for something your primary insurance provider won't.

The main reason not to sign up for Part A at age 65 is if you're participating in a health savings account (HSA) and want to continue doing so. Once you enroll in Medicare, you can no longer fund an HSA, which could result in a loss of tax savings. But if you don't have an HSA, signing up for Part A as soon as you're able to often makes sense.