Please ensure Javascript is enabled for purposes of website accessibility
Log In Help Join The Motley Fool
Free Article Join Over 1 Million Premium Members And Get More In-Depth Stock Guidance and Research
By Maurie Backman - Oct 31, 2019 at 7:48AM

Those benefits won't go as far as you think they will.

Some working Americans neglect their retirement savings not because they want to, but because their income is monopolized by pressing expenses -- things like rent, food, and healthcare. But for some people, the decision not to save is intentional, and it boils down to an overreliance on Social Security. But if that's the route you're planning to take, consider this your wakeup call to rethink it. Here's why.

1. Social Security only pays the average retiree $1,479 a month

Could you live on $17,748 a year? That's what the typical retired senior on Social Security gets to work with. Now if you're collecting that money in conjunction with other types of income, like earnings from a part-time job or pension payments, then you may be just fine. But if that's your sole source of retirement income, it's doubtful you're living comfortably, even if you are sitting on a paid-off home and reside in a corner of the country that's relatively cheap. 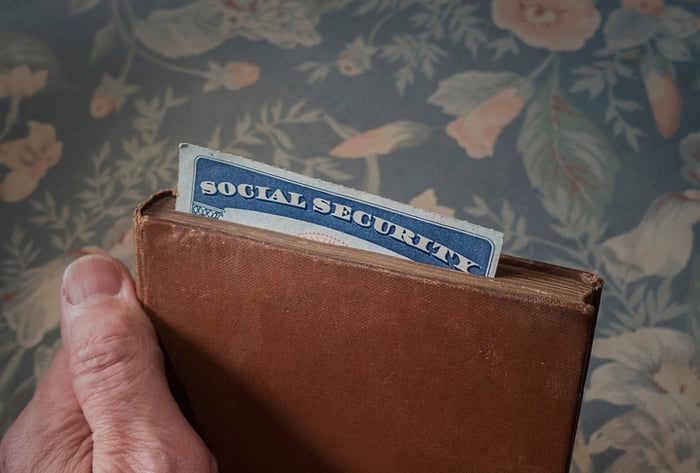 Generally speaking, Social Security will replace about 40% of your pre-retirement income if you were an average earner. If you really think you'll manage on what amounts to a 60% pay cut, then go ahead and run the numbers to see what sort of lifestyle that actually buys you. Chances are, you won't be happy with it.

The monthly benefit you start out collecting from Social Security may not be the benefit you receive for life. Thanks to the cost-of-living adjustments, or COLAs, that were implemented back in the 1970s, Social Security benefits have the potential to rise year after year to keep pace with inflation.

The problem, however, is that they don't manage to keep up with inflation. Social Security beneficiaries have lost 33% of their buying power since 2000, according to the Senior Citizens League, and insufficient COLAs are to blame. Case in point: Going into 2020, seniors are looking at a 1.6% COLA, which would bring the average monthly benefit of $1,479 up to $1,503. That's hardly a raise to write home about.

Social Security isn't going away -- but benefits could take a 20% hit across the board if the program's funding issues aren't worked out. Now, imagine taking a 60% pay cut on your current salary, and then suffering an additional 20% reduction after that. It doesn't exactly make for a settling financial situation.

Social Security, at its core, is really just a means of poverty protection. Those benefits are not designed to sustain seniors by themselves, so rather than rely on them to do just that, start saving independently for retirement as early on in your career as you can. You don't need to max out a 401(k) year after year, or even an IRA, to amass substantial savings; you just need to save a decent chunk of money consistently over time.

Case in point: Socking away $250 a month over 40 years will give you close to $600,000 in savings if your investments generate an average annual 7% return during that time. And that sort of return is a reasonable assumption for a stock-heavy portfolio, since it's a couple of percentage points below the market's average.

Of course, if you don't have 40 years between now and retirement, you'll need to save more aggressively. That could mean cutting back on living expenses or securing a second job to scrounge up $500 a month for your nest egg. But if you were to then invest that $500 a month over 20 years at an average annual 7% return, you'd end up with close to $250,000 -- not too shabby.

Though Social Security is an important program that many seniors rely on, planning to live on those benefits alone is a bad idea. The sooner you realize that, the sooner you can take savings matters into your own hands and change your financial fate for the better.