Without retirement savings, you risk struggling financially during your golden years. That's because Social Security isn't designed to sustain seniors by itself. If you're an average earner, those benefits will replace about 40% of your preretirement income, and most seniors need somewhere in the ballpark of twice that amount to maintain a decent standard of living. Therefore, unless you're privy to a nice pension, you'll need personal savings on top of your Social Security income. That's where IRAs and 401(k)s come in.

But once you fund an IRA or 401(k), it's imperative that you leave that money alone until retirement. Unfortunately, a lot of people in Generation X aren't set on doing so. In fact, 45% say they'd take a withdrawal from a retirement plan to cover a child's education, according to a new TD Ameritrade survey. If you're thinking of doing the same, you should know that it's a mistake that could end up haunting you for years. 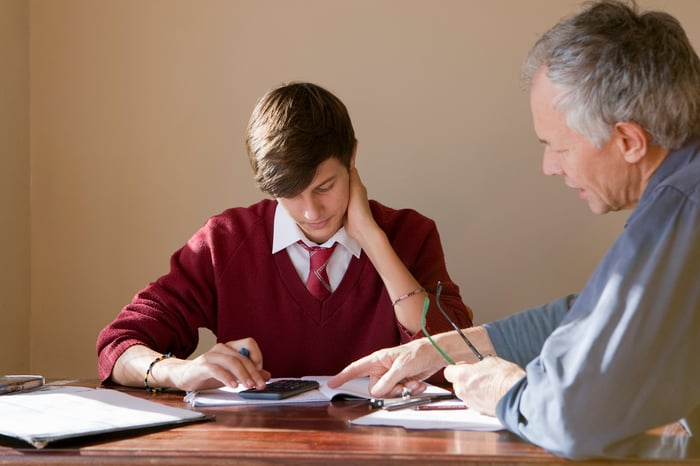 Affording a college education is easier said than done, and many parents don't want their children to rack up loads of student debt and struggle with repaying it after the fact. Many would go to great lengths to help their kids avoid that fate -- even if it means putting their own retirement on the line.

The problem with removing money from a retirement fund to pay for college is twofold. First, though you can take an early IRA withdrawal to pay for a child's college without penalty, 401(k) plans don't offer the same option. Therefore, if you take money out of your 401(k) prior to reaching age 59 1/2, you'll face a 10% penalty on the sum you withdraw. That's money you'll never get back.

The second problem with going this route is that the money in your IRA or 401(k) is supposed to be reserved for retirement, and the more you deplete that account ahead of that milestone, the less you'll have on hand when you really need it.

In other words, withdrawing $20,000 from a retirement plan to pay for college means you have $20,000 less to work with during your golden years. But that's not all -- you'll also lose the opportunity to invest that amount and grow it into a larger sum: For example, if you remove that $20,000 when you're 52, and you don't retire until you're 67, you'll miss out on 15 years of growth. If your investments normally generate an average annual 7% return (which is just below the stock market's average), that means you're depriving yourself of $55,000 in retirement, not just $20,000.

You can always borrow for college

Taking out student loans for college is a common practice; taking out retirement loans, less so. Therefore, while it's noble to want to put your kids through college without burdening them with debt, you shouldn't do so at the expense of your own future. Your children have their entire lives ahead of them to work, pay down their debt, and come out ahead, whereas you may only be looking at a decade or so until retirement rolls around. Instead of raiding your nest egg, help your kids look into affordable borrowing options for college. Generally, that means sticking to federal loans, which tend to come with more favorable terms than private loans.

Though having your kids attend college is important, you can't afford to wreck your retirement on the road to helping them get their degrees. So leave your IRA or 401(k) alone until you're ready to take withdrawals to pay your retirement expenses. Your future self will thank you for it.