Social Security has a reputation for being the third rail of national politics. Anyone who brings up the possibility of making major changes to the program faces criticism from those who like the program the way it is. Even those who suggest adding further benefits to Social Security still have to deal with the inevitable questions of where they're going to get the large amounts of money needed to enhance payouts for tens of millions of Social Security recipients.

However, there's one thing that nearly every lawmaker would agree is true: Getting people to recognize the need to plan for their retirement by understanding their Social Security benefits is harder than ever. That might be why a proposal on Social Security is starting to move through Congress and actually has a chance of becoming law -- without even facing a huge amount of controversy. 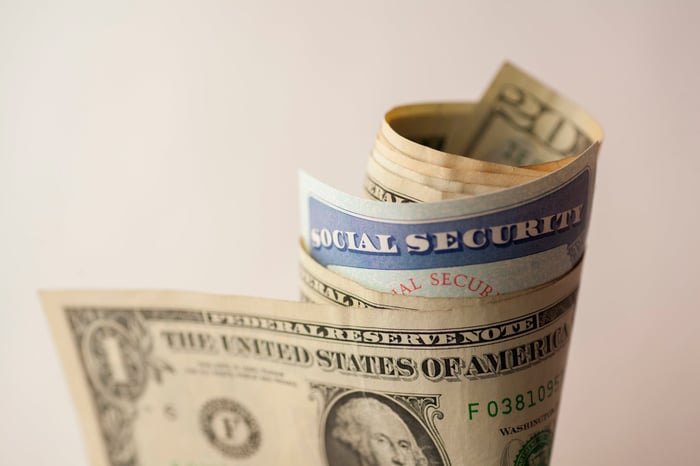 Getting Social Security information to the public

Earlier in December, four Washington legislators introduced what's called the Know Your Social Security Act. What was particularly impressive about the announcement was that the four ranking members of the House Ways and Means Social Security Subcommittee and the Senate Finance Committee signed on to introduce the proposed legislation -- two Republicans and two Democrats.

The purpose of the bill isn't to make any changes to benefits, but rather to make current and future Social Security recipients more aware of what benefits they're getting or will be entitled to get. The way that the bill would accomplish that is to have the Social Security Administration (SSA) mail out annual Social Security statements to everyone 25 or older.

If that doesn't sound like such a big deal, it might be because until less than a decade ago, that's generally what the SSA was doing. But in the early 2010s, the SSA chose to stop mailing annual statements to nearly all of those who received them previously. Instead, it encouraged Americans to sign up for online accounts that would give access to annual Social Security statements. Doing so saved money, but it also left some of those without easy access to online statements.

Why the Know Your Social Security Act is a smart move

Getting Social Security statements in the hands of more Americans will do a lot to increase awareness about the program and its importance in financial planning. The most obvious impact will be to educate people about the benefits that they'll be entitled to receive.

Not only does the Social Security statement talk about retirement benefits that you can get after the end of your career, but it also offers estimates on what would happen if you became disabled and were no longer able to work. It also gives some ideas about what any eligible family members would be able to receive from Social Security for various reasons, including survivor and spousal benefits.

However, there are other important consequences from having Social Security statements mailed out. By having an annual opportunity to look at their work records, Americans will be able to find errors a lot faster than if they're only checking their statements online on a less regular basis. It's important that the SSA have the correct information on file with respect to your work history, because errors in your earnings record will translate into incorrect Social Security benefit payments.

With bipartisan support, the odds look good that the legislation requiring annually mailed Social Security statements will eventually become law. That might not solve all the long-term problems facing Social Security right now, but it will at least show that lawmakers on both sides of the aisle can agree to something about the program.