Social Security serves as a financial lifeline for millions of retired seniors, and if you want your benefits to do the same once you're no longer working, then you'll need to claim them at the right time. Although those benefits are based on the amount of money you earn during your top 35 working years, the amount you collect each month from Social Security will hinge on your filing age.

You're entitled to your full monthly benefit, based on your earnings record, once you reach full retirement age, or FRA. That age is either 66, 67, or 66 and a specific number of months -- it all depends on your year of birth.

But you're allowed to file for benefits before or after FRA. The earliest age to file is 62, but for each month you claim Social Security ahead of FRA, your benefits get reduced on a lifelong basis. On the flipside, you can delay benefits past FRA and accumulate special credits that boost those payments by 8% a year, up until you turn 70. 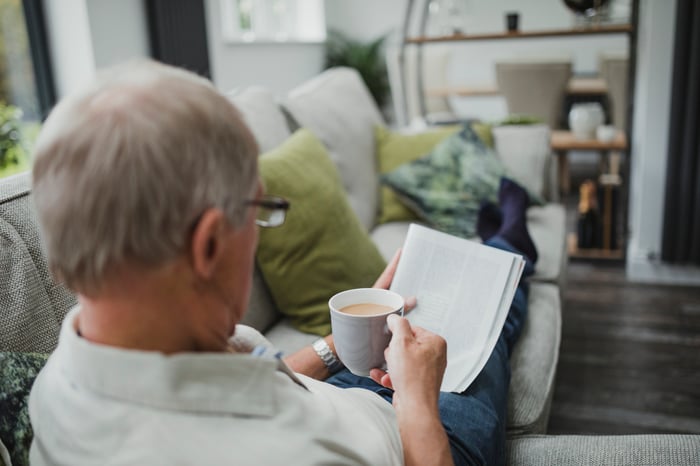 Now you'll often hear that delaying Social Security is a good idea. Not only will it give you a higher monthly paycheck for life, but it can also help compensate for a lack of personal retirement savings -- something a large number of Americans grapple with. But before you make plans to hold off on filing for benefits as long as possible, remember that in some cases, it's actually not such a wise idea.

When it pays to take benefits sooner rather than later

The idea of a higher monthly paycheck from Social Security may appeal to you, and understandably so. But is that the right move for you?

First, you'll need to assess your need for money. If you're forced to stop working and don't have enough savings to live on, accessing your benefits could spell the difference between racking up dangerous credit card debt or keeping your finances in decent shape. As such, if you really need money immediately, delaying benefits to avoid losing out on that boost just doesn't make sense -- you're better off keeping up with your expenses.

But here's another scenario when delaying benefits really isn't wise, and it's when your health is poor. Social Security is technically designed to pay you the same lifetime total regardless of when you initially claim benefits. The logic is that while delaying benefits will result in higher monthly payments, you'll collect a smaller number of payments. Things should even out if you live an average lifespan. But if you don't, and you pass away sooner than the typical senior, you'll probably end up losing out on money in your lifetime by waiting on benefits.

But watch what happens when you only live until age 75, which is roughly 10 years below average life expectancy for the average 65-year-old today: Suddenly, you're looking at $32,400 less from Social Security in your lifetime by delaying benefits until 70. As such, you must take the state of your health into account when determining when to claim benefits. And if your health is poor, you may need to forgo that higher monthly benefit to help ensure that you get the most money possible all-in.

Delaying Social Security often works out well -- who wouldn't want more money on a monthly basis for life? But before you make plans to delay your benefits, recognize that doing so isn't always the best plan, and make sure the decision you make reflects your personal needs and circumstances.