When you work hard all year long, you deserve to enjoy the occasional night out, even if it means splurging a bit. But there's a difference between spending a little extra money and completely busting your budget for a single fun experience, and this New Year's Eve, countless Americans are risking the latter.

The average U.S. adult plans to spend $185.60 to go out on New Year's Eve, reports Eventbrite, and while that may not seem like a ton of cash, consider this: An estimated 39% of Americans don't have enough money in savings to cover a $400 emergency expense. If you're one of them, then you most certainly shouldn't be spending half that sum on a single evening. 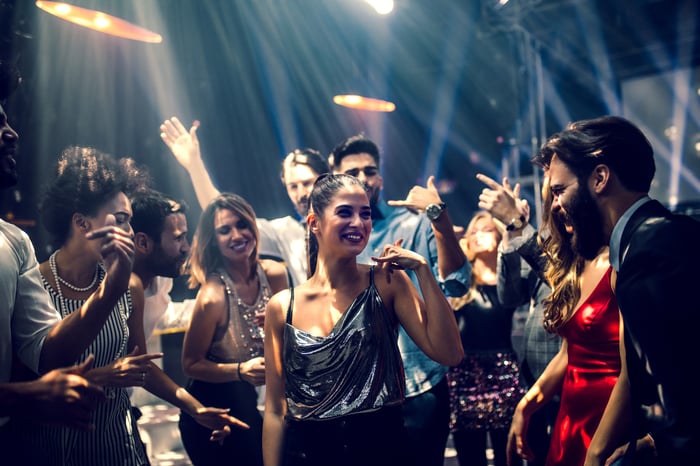 Even if you do have some money in the bank, if you're behind on important financial goals, you're better off sticking that $185 and change into a retirement savings plan, or using it to pay down the credit card balance you've been carrying. The good news, though, is that you don't have to sacrifice a fun night to do the financially responsible thing. Here are a few ways to celebrate New Year's Eve on the cheap.

Maybe your neighborhood pub has a band playing on New Year's Eve, and it's not charging money to get in. If you do some digging, you may find that there are numerous options for no-cost entertainment in your neck of the woods. The result? Huge savings.

Restaurants charge an enormous markup on food and alcohol during the year. On New Year's Eve, prices can be even more inflated, which means that dining out is bound to cost you a bundle. Furthermore, many restaurants impose prix-fixe menus on New Year's Eve to not only boost their profits, but make it easier to handle a large influx of patrons. As such, there's a good chance you'll spend than what you normally would on a restaurant meal, since you'll be paying for an appetizer, entree, and dessert, as opposed to just an entree, or perhaps an entree and a shared appetizer for the table. Rather than spend needlessly, eat some food at home and then find a low-cost event to enjoy afterward.

Rather than pay a small fortune and get stuck battling crowds by going out on New Year's Eve, consider staying home and having a few friends over instead. If each of you prepares one dish to contribute to a meal, and brings one snack and bottle of wine, you'll spend roughly one-tenth of what the typical American anticipates forking over.

Spending $185.60 on New Year's Eve may not seem like a big deal, but if take a close look at your finances, you'll likely find that you could use that money for more important purposes, such as building an emergency fund. Rather than blow a large sum of cash for a mediocre night out, come up with lower-cost alternatives. That way, you'll start out the new year having made a smart financial decision.