There's a huge early retirement movement these days, and it's filled with stories of successful 40-somethings and 50-somethings who leave the workforce well ahead of their peers and enjoy a lifetime of leisure as a result. In fact, it's pretty fair to call that sort of retirement "very early retirement."

When I hear the words "early retirement," I imagine folks in their late 50s or early 60s sneaking out of the workforce a little ahead of schedule. But for the purpose of this discussion, I'm talking about people who retire a good 10 to 20 years before most workers.

Now that that's out of the way, let's acknowledge the fact that while very early retirement is hard to achieve, it is doable -- particularly if you make sacrifices, save diligently, and adopt a willingness to live modestly once retired. But here's why the notion of very early retirement just doesn't sit well with me. 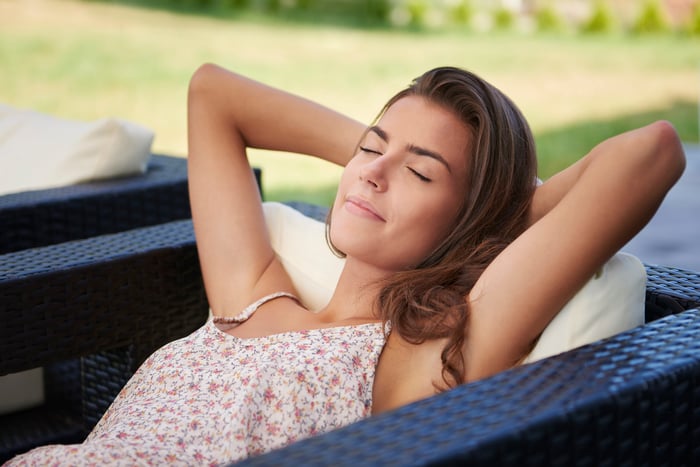 Life has a way of throwing evolving expenses at us. For example, I know what healthcare costs me today, but I have no idea what it will cost three, five, or 10 years down the road. And if I retire in my 40s or 50s, it'll be many years before Medicare eligibility kicks in at 65. As such, I'll be stuck covering a very substantial expense on what could be a very tight budget.

Of course, healthcare is just one example of a recurring expense that can climb. The cost of owning or renting a home can increase, as well, as can the price of auto insurance, food, and basic utilities. To retire at a very young age would, for me, open the door to a world of financial stress that I'd rather avoid.

2. It's hard to save efficiently

There are tax benefits involved in saving for retirement in an IRA or 401(k) plan. With the traditional version of these plans, your contributions are made with pre-tax dollars and withdrawals are taxed in retirement. With the Roth version, contributions are made post-tax, but withdrawals are taken tax-free. The problem with IRAs and 401(k)s, however, is that you can't take withdrawals from them until you reach 59 1/2. Remove funds prior, and you risk a whopping 10% penalty on your distributions.

There are different ways to save for a very early retirement outside of an IRA or 401(k). For example, you could build an investment portfolio in a traditional brokerage account. But in that case, you wouldn't get any tax breaks in the process. In fact, if your investments earn money, you'll be liable for capital gains taxes in that account year after year, whereas IRAs and 401(k)s offer tax-deferred or, in the case of a Roth, tax-free growth.

Investing in real estate is also an option if you're looking to retire well ahead of 59 1/2 and want access to your money sooner. And while there are tax breaks involved (you can deduct certain costs on your taxes related to income or investment properties), there's also a lot of risk.

Though I currently have a traditional brokerage account with investments and I may be looking to dabble in real estate in the not-so-distant future, I like the idea of saving my money in my solo 401(k), which gives me a huge tax break when I max out my contributions. But because that money can't be accessed penalty-free until 59 1/2, it's just not a viable solution for a very early retirement, which doesn't align with my savings preferences.

My job keeps me pretty busy, and there are weeks when I wouldn't mind working fewer hours or even snagging the occasional full day off. But the idea of retiring in my 40s or 50s, only to sit around and have nothing to do for the 40+ hours a week I currently spend working, sounds downright unpleasant.

Many people who retire very early say they'll travel a lot or spend their days pursuing hobbies. That's all fine and good, but traveling costs money, and frankly, I don't see myself being in a position to retire in my 40s or even early 50s with millions of dollars to fund nonstop globetrotting (and this is coming from a person who has practically perfected the art of traveling on the cheap). I also think that the hobbies I enjoy can only keep me so busy before my mind starts to yearn for something more. As such, the boredom factor alone makes a very early retirement unattractive to me.

There may be a better middle ground

If you retire in your early 60s, you'll have access to your IRA or 401(k) funds, and as long as you're 62, Social Security will be on the table, as well. You'll also be pretty close to getting on Medicare, and while that's not a cheap option, it's often better than having to foot the bill for private insurance yourself.

Another middle-ground solution? Retire from your first career in your 40s or 50s, especially if it doesn't bring you satisfaction, but then find work you like doing and keep at it until you get closer to your 60s. You may earn a lot less doing something you love, but that way, you'll get the financial stability of a paycheck and the mental benefit of having some amount of structure in your life.

Many people push themselves to retire very early. If that works for you, great. But to me, the idea of cutting my career that short sounds both terrifying and wholly unappealing.