Please ensure Javascript is enabled for purposes of website accessibility
Log In Help Join The Motley Fool
Free Article Join Over 1 Million Premium Members And Get More In-Depth Stock Guidance and Research
By Maurie Backman - Jan 21, 2020 at 7:22AM

If you're thinking of doing the same -- don't.

Life has a way of costing us more money than expected. Your car could break down, your home's HVAC system could fail, or you could wind up in the hospital with a string of medical bills to cover. Ideally, you'd tap your emergency savings in situations like these. But what if you don't have any money tucked away in the bank? In that case, raiding your retirement savings might seem like the only solution.

It's an option that 46% of Americans in their 40s have already exercised, according to a new survey by TD Ameritrade. But while tapping your IRA or 401(k) when you need money might seem like a good idea, it could backfire.

The problem with early withdrawals 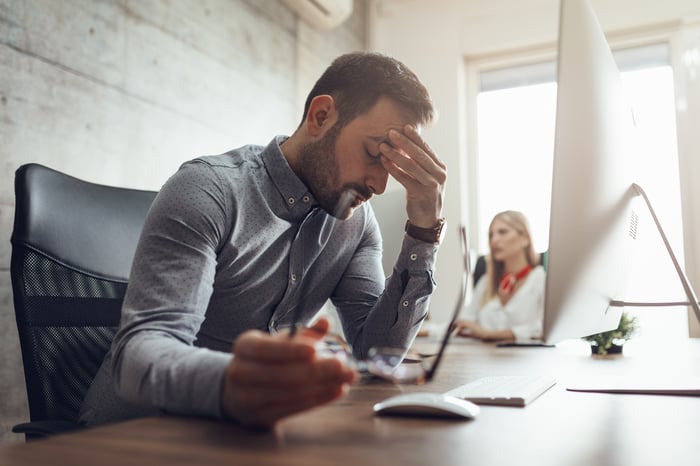 Because you get some sort of tax break for funding one of these accounts, the IRS asks that you leave your money untouched until age 59 1/2. If you don't follow that rule, you generally risk a 10% penalty on the amount you withdraw early. A $10,000 withdrawal at age 45, for example, instantly becomes $9,000 when you account for that penalty. And if you're removing that money from a traditional IRA or 401(k), you'll pay taxes on your withdrawal, too (though the same holds true for withdrawals that aren't taken early).

But that's not the only reason to leave your retirement savings alone until your career actually comes to a close. The more money you remove from your IRA or 401(k) ahead of retirement, the less you'll have later in life, when you really need it. Social Security will only replace a portion of your previous income, and without ample savings, you might really struggle to pay your bills.

Furthermore, when you take an early withdrawal from a retirement plan, you don't just lose out on the principal sum you remove; you also miss out on investment growth. Say you withdraw $10,000 from your IRA at age 45 to fix your roof. If your IRA investments generate an average annual 7% return, and you don't retire until age 65, you'll actually end up losing out on close to $39,000 when you account for growth on that initial $10,000.

That's why raiding your retirement plan early is a bad idea. If you're desperate for money and don't have emergency savings, explore other reasonable borrowing options. For example, if you have equity in your home, you can generally borrow against it quite affordably. And if your credit is good, you might qualify for a personal loan that doesn't charge a ridiculous amount of interest. At the same time, make an effort to build an emergency fund so that if you're faced with another surprise expense, you're not tempted to tap your IRA or 401(k).