Please ensure Javascript is enabled for purposes of website accessibility
Log In Help Join The Motley Fool
Free Article Join Over 1 Million Premium Members And Get More In-Depth Stock Guidance and Research
By Maurie Backman - Jan 22, 2020 at 8:48AM

Here's something for working Americans to celebrate.

There's a reason working Americans today should make every effort possible to save for retirement: Social Security won't provide enough income to allow the typical senior to live comfortably. Generally, those benefits will replace about 40% of your former paycheck if you're an average wage-earner, but most retirees need 70% to 80% of their previous income to keep up with their bills.

Thankfully, workers today have a number of tax-advantaged savings plans at their disposal, and one popular one is the traditional IRA. Here's what makes traditional IRAs so great:

It's for these reasons that many people opt to house their retirement savings in a traditional IRA. And thanks to the recently passed SECURE Act, which stands for Setting Every Community Up for Retirement Enhancement, the rules surrounding traditional IRAs have changed to benefit savers. Here's what you need to know. 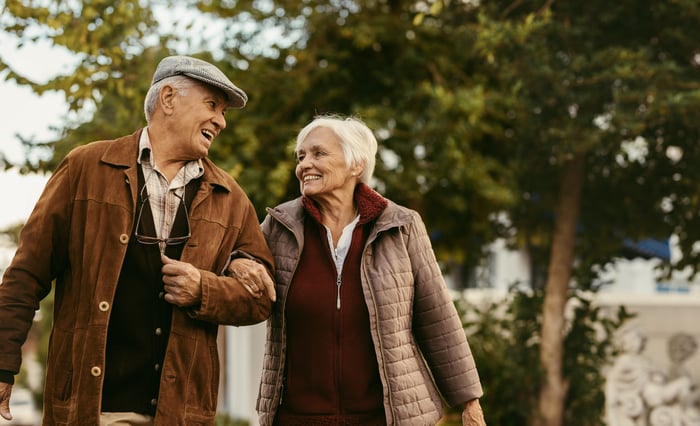 Before the SECURE Act, once you turned 70 1/2, you could no longer put money into a traditional IRA. Now for many seniors, that rule wasn't too problematic, as a large number of workers would retire well before 70 1/2 and therefore wouldn't have the funds on hand to contribute. But for those who opted to extend their careers, it was quite restrictive.

Now, you can continue contributing money to a traditional IRA after age 70 1/2. In fact, you can even open one of these accounts for the first time after 70 1/2. Why might you do that? Say you spent your career saving in your employer's 401(k), but then you retire from that job in your 60s and decide to work part-time. Thanks to the SECURE Act, you can contribute some of that income to a traditional IRA, even if you're on the older side.

2. Required minimum distributions no longer kick in at 70 1/2

Prior to the SECURE Act, savers were required to start taking required minimum distributions, or RMDs, from traditional IRAs and both traditional and Roth 401(k)s starting at age 70 1/2. Specifically, your first RMD was due by April 1 following the year you turned 70 1/2.

Any RMDs that aren't taken in full are subject to a 50% penalty, which means that if you fail to take a $10,000 RMD, you forfeit $5,000 of your hard-earned savings. The SECURE Act, however, pushes back this requirement until age 72. That means you get a little extra time to let your money sit and grow in a tax-advantaged fashion. It also means you don't need to worry about the tax implications of RMDs quite as early.

Remember, traditional IRA and 401(k) withdrawals are taxable, so RMDs from these accounts create an instant IRS liability. But now, that liability is postponed, because your first RMD isn't due until April 1 following the year you turn 72.

A big reason the aforementioned IRA changes came to be is that due to increasing life expectancies, many savers are opting to work longer. These adjustments acknowledge that fact and make it easier for workers to sock away extra funds for the future.

But even if you're worlds away from retirement, it still pays to read up on how IRAs work and ensure that you're making the most of your savings. A few smart moves during your working years could set the stage for a financially sound retirement, which is, after all, what the SECURE Act is trying to promote.