Please ensure Javascript is enabled for purposes of website accessibility
Log In Help Join The Motley Fool
Free Article Join Over 1 Million Premium Members And Get More In-Depth Stock Guidance and Research
By Maurie Backman - Jan 27, 2020 at 6:03AM

It has to do with when you claim benefits, and how your actions could hurt your spouse financially.

The tricky thing about claiming Social Security is that you get a wide range of ages to choose from. You can claim your monthly benefit starting at age 62, but in doing so, you'll reduce it in the process. You can wait until full retirement age (FRA) to file, which, depending on your year of birth, is either 66, 67, or 66 and a certain number of months, to avoid a reduction in benefits. Or, you can delay benefits past FRA and boost them by 8% a year up until age 70. In fact, you can technically hold off on claiming benefits past 70, but since there's no financial incentive to do so, 70 is generally considered the latest age to file.

Now the interesting thing about Social Security is that it's designed to pay you the same lifetime total regardless of your filing age, provided you live an average lifespan. How can that be? Well, filing before FRA reduces each monthly payment you get, but you collect benefits for a longer period of time. Waiting until FRA means no reduction in monthly benefits, but you don't start collecting them early. And delaying benefits means getting them later in life, but also getting more money each month. As such, you could, conceivably, break even on lifetime Social Security income regardless of when you first file if your life expectancy is average. 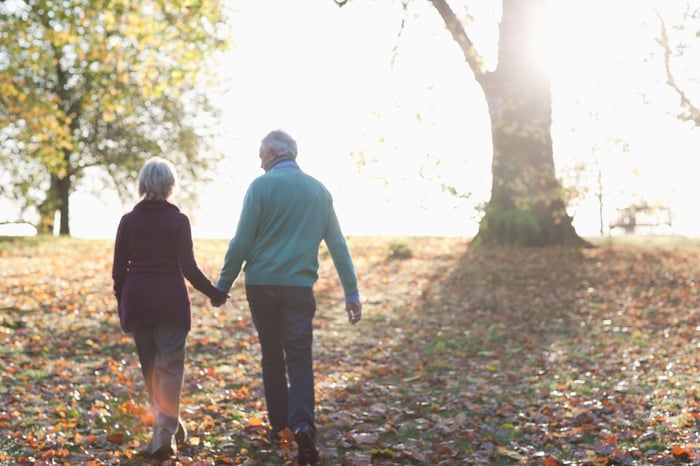 But not everyone lives an average lifespan, and while the Social Security Administration estimates that the typical 65-year-old today will live until his or her mid-80s, health issues on your part could make for a less optimistic prognosis. And if that's the case, you'll generally get the highest amount of lifetime benefits by filing for Social Security as early as possible.

Say you're entitled to $1,500 a month at an FRA of 67. Filing at 62 will shrink each monthly payment you collect to $1,050, but you'll break even under both filing scenarios if you live until roughly age 78 1/2. If, come age 62, your doctors tell you they don't expect you to survive past 72, then filing at 62 makes sense. If you do indeed pass away at 72, in this example, you'll come away with $36,000 more in lifetime Social Security income than you'd collect by waiting until FRA.

In fact, it's common for seniors in poor health to claim Social Security as early as possible to get the most money out of it while they can. But while that strategy may work just fine when you're single, if you're married, you may want to rethink it for one very big reason.

Don't leave your spouse in the lurch

If you pass away and leave a spouse behind, he or she will be entitled to survivors benefits from Social Security, and the amount your spouse receives will hinge on the amount you collected. Specifically, once your surviving spouse reaches FRA, he or she can claim 100% of the monthly benefit you received while you were still alive. Therefore, while filing early might help you get the most money from Social Security in your lifetime, it could also leave your spouse with a lower monthly income for life. That's especially problematic in a situation where you pass away at a young age, you and your spouse don't have a lot of retirement savings, and your spouse winds up outliving you by many years.

Of course, if your spouse has health issues as well and is therefore unlikely to live a long life, then claiming your benefits early may not be such a bad move on your part. But imagine you take benefits at 62 and then pass away at 72, leaving your spouse with $1,050 a month as per the above example. In doing so, you'll collect an extra $36,000 in your lifetime.

But watch what happens if your spouse starts claiming that benefit at age 67, and lives all the way until 97. Suddenly, your spouse gets a total of $378,000 in lifetime Social Security income. But had you waited until FRA to file yourself, thereby preserving your $1,500 monthly benefit, your spouse would collect $540,000 over the 30 years during which he or she receives survivors benefits. Therefore, while filing early, in this example, puts you $36,000 ahead, it also puts your spouse $162,000 behind in his or her lifetime.

The takeaway? Consider your spouse's needs when filing for Social Security. While claiming benefits early is generally a smart idea when you're single, when you have a surviving life partner to account for, you really need to look at the big picture.