Please ensure Javascript is enabled for purposes of website accessibility
Log In Help Join The Motley Fool
Free Article Join Over 1 Million Premium Members And Get More In-Depth Stock Guidance and Research
By Maurie Backman - Feb 3, 2020 at 6:18AM

That's troubling on so many levels.

By now, it really shouldn't be a secret that seniors can't live on Social Security alone. Those benefits, in a best-case scenario, will replace about 40% of the average earner's pre-retirement wages. Most seniors, however, need roughly twice that amount to live comfortably, and even those who are willing to downgrade their lifestyles are apt to struggle if they attempt to retire on Social Security with no other income source.

The average Social Security recipient today collects about $18,000 a year in benefits, and there's talk of cutting benefits in the future due to fiscal problems with the program itself. As such, today's workers really need to make an effort to save aggressively for their senior years, or otherwise risk a very serious shortfall. 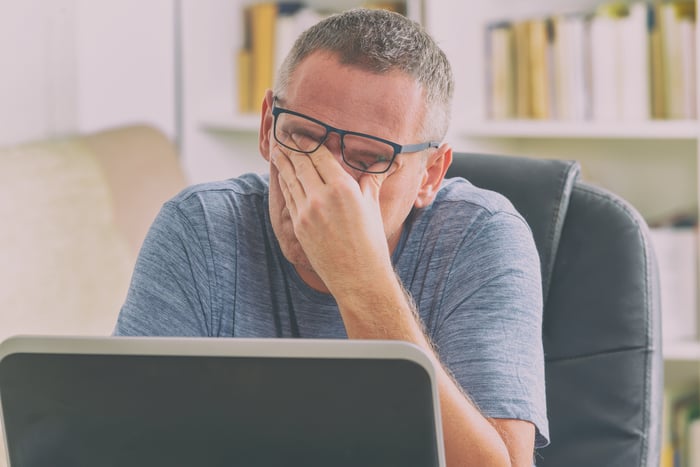 Unfortunately, 28% of Americans are facing that very fate, reports Fidelity. Based on the efforts they've made thus far, they're looking at the very real, and frightening, possibility of not managing to cover essential expenses once they retire.

If you've yet to build retirement savings, and you don't have another obvious source of income outside of Social Security, like a pension, then you'll need to really step up your game in the coming years -- especially if retirement isn't all that far away. Otherwise, you may need to learn to live on roughly $18,000 a year -- and that may not be possible.

Closing out your career with 10 times your ending salary socked away in a dedicated retirement savings plan will help ensure that you have another money to not only cover your basics, but live comfortably. Now, the average salary today is about $52,000 a year, according to the U.S. Bureau of Labor Statistics. If that's your income in your 40s or 50s, it's fair to assume that you may be looking at a $60,000, $70,000, or $80,000 annual salary by the time retirement gets close. And if we stick to the latter end of that range, we're talking about a savings goal of $800,000.

At first glance, that may seem impossible, especially if you've already been in the workforce for quite some time and don't have much savings. But if you make a concerted effort to spend less in the coming years and prioritize your nest egg, you stand to retire with more than you think.

Imagine you're 42 with $40,000 in savings, and you're looking to retire at 67. If you were to sock away $750 a month for the next 25 years, and invest your savings at an average annual 7% return, which is a reasonable assumption for a stock-heavy portfolio, you'd retire with a little more than $786,000, which is right around the target we just established.

Now, you may be wondering where that $750 a month will come from, but consider this: The average household today spends $813 a month on transportation and another $288 on restaurants and prepared food. If you were to give up a car and rely on public buses and trains instead, you might easily shave $600 off of your monthly transportation costs. And if you were to cut your restaurant spending in half, you'd free up that remaining $150, more or less.

Of course, these are just two examples, but the point is that if you're willing to make some sacrifices at present, you'll have fever to make when you're older. And that's something your senior self is apt to be extremely grateful for.