Read this before you wrap up your career at such a young age.

Many people aim to retire during their 50s, and there are plenty of reasons for you to do the same. If you stop working in your 50s, you'll still, in theory, be young and fit enough to enjoy retirement to the fullest. You can travel extensively without having to worry about health problems slowing you down, and you can, in fact, preserve your health by escaping the grind well ahead of your peers.

But retiring in your 50s has its challenges, and it's important to know what you're in for prior to pulling the trigger. Here are three critical points to keep in mind if you're going to leave the workforce for good before turning 60. 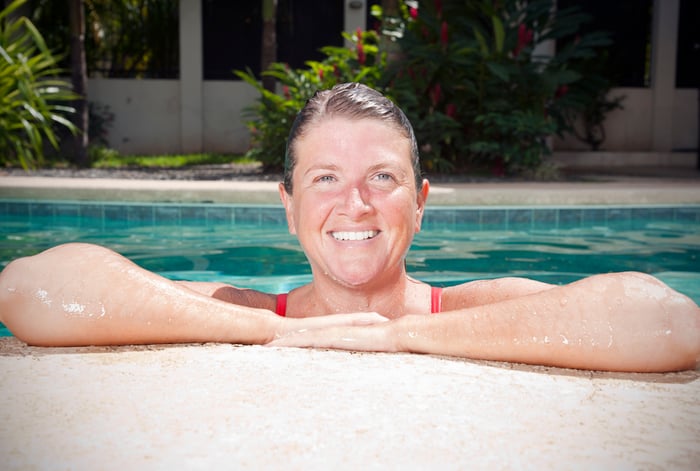 1. You're too young to collect Social Security

Many retirees depend on Social Security to provide a substantial chunk of their income, but if you're retiring in your 50s, those benefits will be off the table for quite some time. The earliest age you can file for Social Security is 62, but if you were born in 1960 or later, you're not entitled to your full monthly benefit, based on your earnings history, until you turn 67. As such, you'll need another means of paying the bills until at least age 62.

2. You won't be eligible for Medicare

Going without health insurance is never a smart idea, but if you retire at any point during your 50s, you won't be allowed to get coverage under Medicare. Medicare eligibility doesn't begin until age 65, and while you can sign up for COBRA to maintain your employer's health benefits after leaving your job, that option is only on the table for a total of 18 months, and it could be extremely expensive, since it'll likely mean paying insurance premiums your employer once subsidized. As such, you'll need to factor the cost of buying health insurance into your budget, and it could get pricey.

3. You may need to wait to access your personal savings

If you've been saving in a tax-advantaged account like an IRA or 401(k), you may be looking forward to taking withdrawals to fund your early retirement. But not so fast. Those accounts generally can't be accessed until you turn 59 1/2, and if you attempt to remove funds prior to that age, you'll be hit with a whopping 10% early withdrawal penalty. Now there are some exceptions, such as if you're at least 55 and want to access the money in the 401(k) sponsored by the employer you just separated from. In that case, you can take your money (all of it) penalty-free. Otherwise, plan on having another source of income -- say, a traditional brokerage account -- to tap until you're old enough to access your IRA or 401(k).

Retiring in your 50s can be a wonderful thing, provided you're prepared financially. If you aren't, it can be a giant mistake you regret for years. Keep the above points in mind before ending your career prior to your 60th birthday. You may decide that working a bit longer is worth doing after all.