Please ensure Javascript is enabled for purposes of website accessibility
Log In Help Join The Motley Fool
Free Article Join Over 1 Million Premium Members And Get More In-Depth Stock Guidance and Research
By Maurie Backman – Feb 23, 2020 at 9:01AM

Senior advocates are pushing for higher Social Security raises -- but whether they'll really be effective is a different story.

Social Security benefits have been losing buying power since the year 2000, and paltry cost-of-living adjustments, or COLAs, are largely to blame. In the past 10 years, COLAs have averaged roughly 1.5%, while inflation has hovered closer to the 2% mark during that time. And a big reason COLAs have been so stingy is that they're based on an imperfect measure.

Currently, COLAs are dictated by movement in the Consumer Price Index for Urban Wage Earners and Clerical Workers (CPI-W). When the cost of common goods and services climbs, COLAs get a boost. The problem, however, is that the CPI-W does not accurately reflect cost increases that are specific to seniors -- namely, those that are healthcare-related. As such, senior advocates have been calling for a new means of calculating COLAs, including a proposed CPI-E, or Consumer Price Index for the Elderly, that would account for changes in expenses that impact retirees the most. 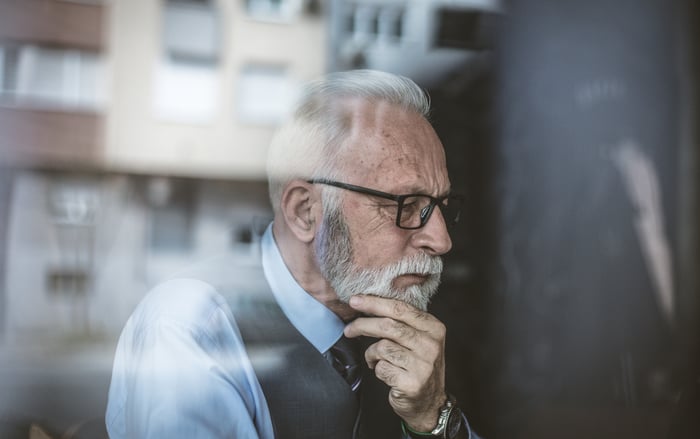 Presidential candidate Mike Bloomberg seems to agree that changes need to be made, and in a recent announcement, he pledged to specifically boost COLAs. That's good news for seniors in theory, but the reality is that while higher COLAs might seem like a lifeline for seniors who are dependent on Social Security, they're not a cure-all for retirees' financial woes.

Social Security has its limits

One reason why so many seniors are up in arms about stingy COLAs is that they're far too reliant on Social Security in the first place. Social Security will generally provide benefits that replace around 40% of an average earner's former income. Most seniors, however, need roughly twice that much income to live comfortably, and higher COLAs aren't going to bridge that gap.

The typical senior on Social Security today collects just over $18,000 a year. But the reality is that for most people, that's nowhere close to enough income to make for a decent lifestyle. And in that scenario, it's easy to argue that it won't much matter whether a 2%, 3%, or 4% COLA is applied to that figure -- it's still not enough money to stay afloat financially.

In fact, workers today are advised to save aggressively for retirement because it's a known fact that Social Security's buying power is limited -- not just because of low COLAs, but because those benefits were never designed to replace workers' entire paychecks in the first place. Now, unfortunately, it's too late for today's retirees to go back in time and build the nest eggs they neglected throughout their careers. Younger workers can hopefully learn from their mistakes, though.

Where does that leave seniors today? Unfortunately, not in a great spot. Even if COLAs do start to increase across the board, that likely won't be enough to turn Social Security into a viable retirement income stream by itself. Seniors who are heavily reliant on those benefits would therefore be wise to cut back on spending, adjust their lifestyle expectations, and consider generating income with part-time work. All of these concessions are apt to have a far greater impact than slightly more generous COLAs.