Please ensure Javascript is enabled for purposes of website accessibility
Log In Help Join The Motley Fool
Free Article Join Over 1 Million Premium Members And Get More In-Depth Stock Guidance and Research
By Maurie Backman - Apr 1, 2020 at 5:36AM

Retiring right now is a shaky prospect -- but what about 12 months from now?

The COVID-19 crisis has sent the stock market on a wild ride, so much so that it plunged into bear market territory. More recently, we saw some recovery, but it's certainly too soon to declare that the bear market is over and a bull market is under way.

All of this volatility is enough to drive even the most seasoned investors crazy. But it can be especially tough on near-retirees, who may, at this very moment, find themselves wondering whether leaving the workforce in the near term is possible given what's going on.

Of course, anyone planning to retire in the next month or so would be wise to consider postponing that milestone to let the stock market make a full recovery. But is retiring in a year from now still on the table? 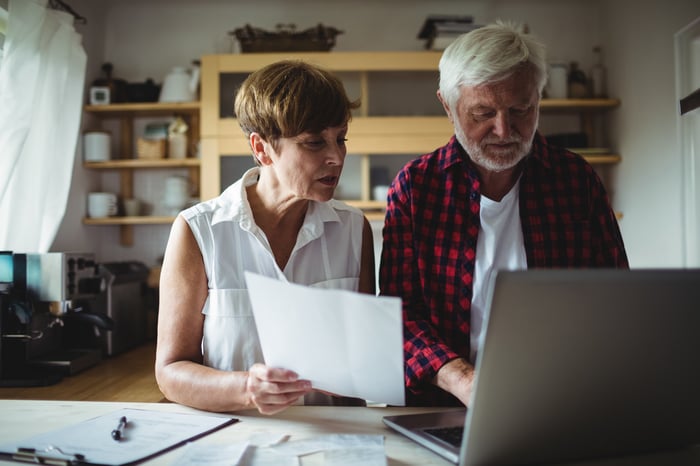 Bear markets can be short-lived

Bear markets can easily last a year or longer, but that doesn't always happen. The shortest bear market on record for the S&P 500, for example, lasted less than three months back in 1990.

Whether the stock market recovers quickly or not from its COVID-19-related losses will likely hinge on the course the greater crisis takes and the extent to which the U.S. economy remains largely shut down. Investors who don't need their money for many years really shouldn't sweat the current situation – eventual recovery is likely based on the stock market's history, and anyone who avoids liquidating investments when they're down avoids losses.

Retirees, on the other hand, don't necessarily have the luxury to sit back and wait, nor do those who intend to leave their jobs very soon. If your portfolio is invested heavily in stocks, and you're hoping to leave the workforce in the very near future, cashing out some investments and locking in losses is a real possibility unless you have a large chunk of your savings in cash (which is a smart move when you're very close to retirement). As such, it might really pay to postpone retirement if your goal is to end your career anytime within the next few months.

Retiring in a year from now, on the other hand, may still be on the table. The stock market could very well recover fully by then, and even if it doesn't completely recoup its recent losses, if you have enough of your portfolio in cash, or enough of an income stream to avoid tapping your 401(k) or IRA early on in retirement (say, you can get by between Social Security and some money from a pension), you can protect your portfolio while also paying your living expenses.

As such, you don't need to write off the idea of retiring in about a year -- but don't get your heart set on it, either. Rather, be flexible. A lot can happen in a year's time when it comes to market movement, so if you're hoping to retire around 12 months from now, keep performing well at your job, maintaining your professional skills, and making smart financial choices. In other words, hope for the best, but also, prepare for the possibility that you may need to tweak your plans to protect your long-term financial interests.