Please ensure Javascript is enabled for purposes of website accessibility
Log In Help Join The Motley Fool
Free Article Join Over 1 Million Premium Members And Get More In-Depth Stock Guidance and Research
By Selena Maranjian - Apr 9, 2020 at 8:16AM

Formerly more about insurance, the company has transformed into something encompassing everything from ice cream to railroads.

Warren Buffett is an amazing fellow who built his wealth on his own, starting by selling bottles of soda and newspapers when he was a child. Over decades, he became one of the world's wealthiest people. You may know that the company he has helmed since 1965 is Berkshire Hathaway (BRK.A 0.62%) (BRK.B 0.80%). But you may not know that when he took over the company, it was an ailing textile enterprise -- which he transformed into a much bigger and broader business.

There are lots of other things you probably don't know about Berkshire Hathaway. Here's a look at 10 of them. After learning more about the company, you may find that you want to invest in it. 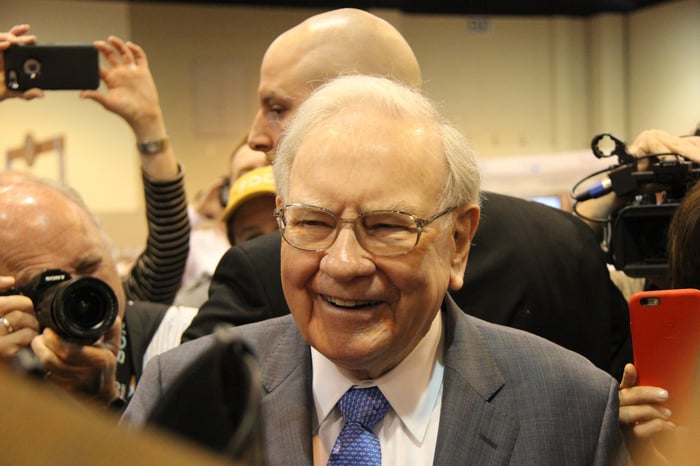 The first thing to know is that the company is massive. Its market value was recently around $430 billion -- and that's after the stock was down more than 30% from its 52-week high following the coronavirus-related market crash. As of the end of 2019, Berkshire Hathaway and its subsidiaries employed about 391,500 people. (Interestingly, there are only a few dozen people who toil at the company's headquarters in Omaha, alongside Buffett himself.)

It's common knowledge that Buffett's smarts (and those of his partner Charlie Munger) have grown the company at a rapid clip. Buffett reports on the growth in every annual letter to shareholders, and in his last letter reported an overall growth from the mid-1960s to 2019 of 2,744,062% -- or 20.3%, equal to a compounded annual gain of 20.3%. In contrast, the S&P 500 averaged 10% annually over that period, for a total of 19.784% growth.

To put that in context, consider that Apple's average annual gain over the past 20 years was about 22.8%. Berkshire's growth has been very robust for a very long time, though, inevitably, it's slowing. It's hard for a $432 billion company to keep growing briskly.

No. 3: It's made many people very wealthy

No. 4: It encompasses many companies

Next, you might know that Berkshire Hathaway is a conglomerate, as Buffett has collected many companies under his roof. But you may not appreciate just how many companies. On the company's website, a dedicated page lists subsidiaries -- more than 60 of them, including names such as Benjamin Moore, Brooks, International Dairy Queen, Johns Manville, Justin Brands, McLane, Business Wire, Clayton Homes, Forest River, Fruit of the Loom, GEICO, Nebraska Furniture Mart, NetJets, Pampered Chef, See's Candies, Shaw Industries, and the entire BNSF railroad.

No. 5: It's likely to encompass many more companies in the future

Over the years, Buffett has repeatedly added companies to his conglomerate, preferring to buy entire businesses as long as he sees them as high quality, with exceptional management, and as long as he can buy them for a reasonable price. He's patient for the right deals, though, so now and then long periods pass without any major purchase. At the end of 2019, Berkshire Hathaway had about $125 billion in cash and equivalents, and short-term investments in U.S. Treasury bills. Buffett has noted on many occasions that he's always on the lookout for "elephant-sized" acquisitions. 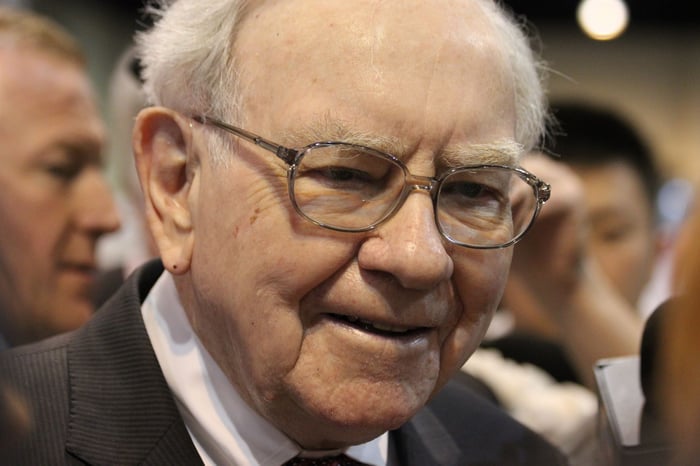 No. 6: Much of its value lies in stocks

Much of Berkshire Hathaway's value is attributable to the shares of stock it owns in other companies. Together, at the end of 2019, the shares were worth nearly $250 billion. The top five holdings are below:

Many of the companies, such as Coca-Cola, have been holdings for decades, while others, such as Apple, are fairly new. You can see that Berkshire owns significant chunks of some significant companies, such as nearly 20% of American Express, and roughly 10% of Coca-Cola and Bank of America. Other holdings include Visa, Moody's, JPMorgan Chase, Goldman Sachs, and U.S. Bancorp, along with airlines such as Southwest Airlines, United Airlines, and Delta Air Lines. (Buffett has recently sold many airlines shares, though.)

Berkshire Hathaway benefits from dividends -- it collected about $3.8 billion in dividends from its 10 largest stock holdings in 2019 -- but it doesn't pay a dividend. That's because Buffett believes he can deliver more value to shareholders by hanging onto excess cash and investing it -- either in shares of stock, in purchases of entire companies, or in short-term investments, waiting for future big purchases.

Buffet has explained that whenever he and Munger don't think they can deliver sufficient value outside of a dividend, they'll consider paying one. In the meantime, though, they have executed some share buybacks, when they felt the stock price was sufficiently low. Buffett has repeatedly explained that it's wrong to buy back shares at high prices, as that destroys value.

No. 8: Its annual reports are must-reads

Buffett's annual letters to shareholders are considered must-reads by investors in the know. He writes them in an accessible manner, imagining that he's writing to his sister, who is not a Wall Street professional, savvy in financial jargon. You can read as many as you like at the company website, and if you do, you're likely to gain at least several lessons from each one, along with deepening your understanding of Buffett and Berkshire. You'll probably chuckle a bunch of times, too, as the letters are not without occasional jokes.

No. 9: Its annual meeting is a big deal

Berkshire Hathaway's annual meeting, usually held in early May in Omaha, is a big hoopla, often dubbed "the Woodstock for capitalists." It started decades ago with just a handful of attendees but has steadily grown to hundreds, then thousands, and now tens of thousands of people.

There are many events over the weekend in Omaha, with various groups of friends and investors and students of finance having their own regular gatherings. The meeting itself is an all-day affair, featuring an entertaining, hour-long movie the company makes, followed by Buffett and Munger (89 and 96, respectively) answering scores of questions from shareholders, journalists, and analysts -- for five hours. (In contrast, most company annual meetings feature the CEO answering a few questions from the several dozen or several hundred people present.) There are also gobs of company products on display and/or for sale in the convention center; the company rakes in millions from the sale of its merchandise alone.

Due to the coronavirus pandemic, this year's meeting will be held virtually, something that hasn't happened before. Look for it streaming on Yahoo! on May 2. (It's starting later than usual, in the afternoon, so there will likely not be the usual number of questions.)

A final thing to know is that with Buffett turning 90 this summer, and Charlie Munger already in his 90s, many are worrying about succession. Fortunately, Buffett has planned for that, and his board of directors knows whom to tap to manage the company when he is no longer able to do so. He already has two investing lieutenants in place -- Ted Weschler and Todd Combs -- and many speculate that the managing chief is likely to be Greg Abel or Ajit Jain, who respectively lead his energy and insurance divisions.

There's much more that's interesting about Buffett and his company, Berkshire Hathaway. Read a lot more and you may decide you want to be a shareholder.