Please ensure Javascript is enabled for purposes of website accessibility
Log In Help Join The Motley Fool
Free Article Join Over 1 Million Premium Members And Get More In-Depth Stock Guidance and Research
By Christy Bieber - Apr 27, 2020 at 9:40AM

It would be a big increase!

Social Security is one of the most important entitlement programs in the United States, providing financial support for millions of seniors. Unfortunately, it's not in great financial shape itself.

While that doesn't mean no benefits would be paid, it does mean a substantial cut would occur. This could be avoided by increasing payroll taxes, but the increases needed to fully fund the program would be big. 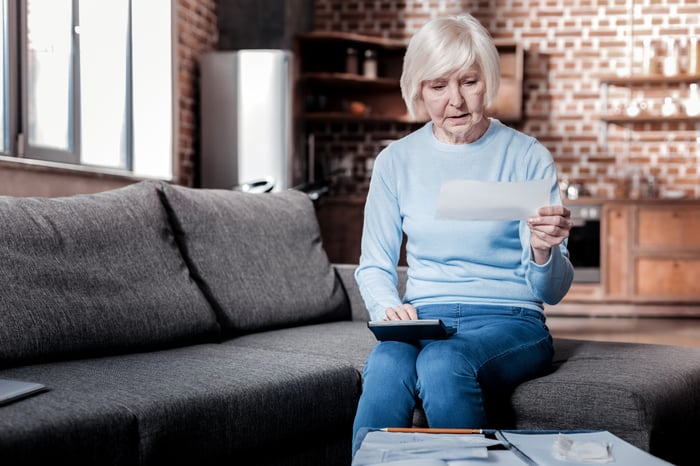 How much would taxes need to go up to avoid a cut to benefits?

If payroll taxes were increased immediately and permanently, the trustees report says, a 3.14 percentage point increase would be necessary. Social Security payroll taxes, which are currently at 12.4%, would have to jump to 15.54%. Employers and employees split the amount of these taxes, with each currently paying 6.2%. If this increase occurred, employees and the companies that employ them would each pay 7.77% instead. Self-employed workers would bear the brunt of the full 15.54% tax burden.

If payroll taxes don't go up until the combined trust funds run short in 2035, the trustees say, the tax increase would need to be much bigger: 4.13 percentage points, putting the new Social Security payroll tax at 16.53% total, with employers and employees jumping from paying 6.2% currently to 8.265% each.

These payroll tax increases would ensure Social Security remains solvent over 75 years without any benefit cut, either now or in the future.

Will payroll taxes be increased?

While tax increases are needed to preserve benefits, they're not likely to happen anytime soon. In fact, the Trump Administration has been floating the idea of a payroll tax cut in response to the COVID-19 pandemic.

Even without a payroll tax cut, the great lockdown necessitated by the coronavirus could very well worsen Social Security's finances, since high unemployment leads to both reduced revenue collection and more people claiming benefits early.

The Social Security Administration has warned that the projections in the report do not reflect the possible impact of the pandemic, so it is possible next year's report will recommend even larger tax increases to shore up the program.

What could happen if the trust fund runs dry?

If no changes are made between now and 2035, retirement and survivors benefits could not be paid in full as promised because there would be no supplementary income from the trust fund, and payroll tax collections alone wouldn't pay the full amount due. Beneficiaries would receive only around 76% of promised benefits.

Disability benefit recipients are in a much better situation as payroll taxes would continue to provide enough to pay 92% of promised benefits after the trust fund for their program runs dry in 2065.

While it's unlikely that politicians will allow big cuts to retirement benefits, it's always best to err on the side of caution and make sure you're investing to supplement your benefit. Even if a cut doesn't happen, you'll want a big retirement nest egg since you can't live off Social Security alone, even at current benefit levels.