Please ensure Javascript is enabled for purposes of website accessibility
Log In Help Join The Motley Fool
Free Article Join Over 1 Million Premium Members And Get More In-Depth Stock Guidance and Research
By Maurie Backman - May 2, 2020 at 7:54AM

Social Security's financial struggles are hardly a secret. Recently, the program's Trustees reported that come 2035, Social Security may have no choice but to implement an across-the-board reduction in benefits once its trust funds run dry. Clearly, that's not good news, but what's even worse is the fact that that milestone may come sooner -- unless lawmakers take steps to help dig Social Security out of its hole.

Of course, the COVID-19 crisis hasn't helped things. In fact, it's making things markedly worse. And as a result, workers may have no choice but to absorb an increase in the taxes they pay to keep Social Security solvent. 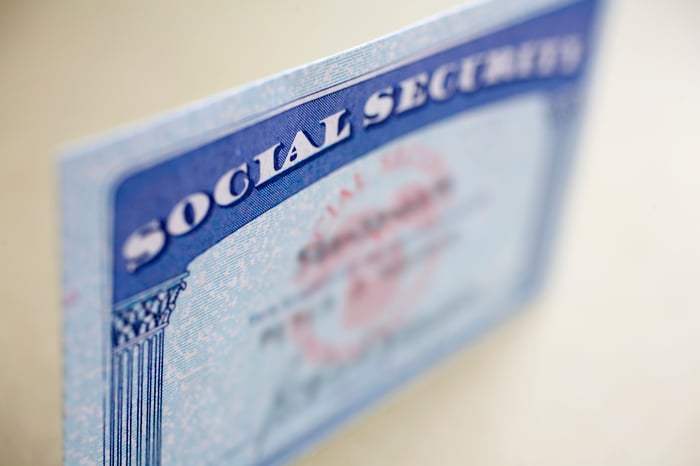 How COVID-19 is hurting Social Security

Social Security collects the bulk of its revenue from payroll taxes. Currently, that payroll tax applies to a worker's first $137,700 in income; earnings beyond that threshold aren't taxed for Social Security purposes.

The current payroll tax rate for Social Security is 12.4%. Salaried workers pay half that amount while their employers pick up the rest of the tab. Self-employed workers, meanwhile, pay the entire 12.4%.

But right now, millions of Americans are out of work because of COVID-19 and are not earning a paycheck. As such, a large chunk of the payroll tax revenue Social Security normally collects is suddenly off the table, and there's currently no way to replace it. Unemployment benefits, though taxable at the federal level, aren't subject to payroll taxes and don't benefit Social Security one bit.

Is a payroll tax increase in the cards?

The longer the COVID-19 crisis drags on, the more Social Security risks losing key funding, which could force the program to cut benefits even sooner than expected. As such, lawmakers are invested in helping the program remain solvent, and one oft-tossed-around solution is raising payroll taxes, whether by increasing the rate at which earnings are taxed or raising or eliminating the wage cap, which, as mentioned earlier, currently sits at $137,700.

Of course, raising payroll taxes solves some problems for Social Security, but critics of that solution argue that it creates an undue financial burden for low- to moderate-wage earners who can't afford to part with more of their income. And while raising the wage cap alone may not impact lower earners who already pay taxes on all of their income, it could actually hurt middle-class families in areas of the country where $137,700 is hardly the equivalent of living in luxury. (Think East Coast states where home prices and property taxes can be downright exorbitant.)

It's too soon to tell how Social Security will manage to compensate for its lost payroll tax revenue, but raising those taxes may not be a viable solution -- at least not anytime soon. Right now, the U.S. economy is at a standstill, and to even suggest payroll tax hikes in the midst of a pandemic is almost ridiculous. But once our economic recovery is complete, we may find that a payroll tax hike is the most efficient way to save Social Security -- whether we like it or not.