You'll often hear that our country's wealthiest people are the ones most likely to benefit from lucrative tax breaks, and there's perhaps no greater tax break than not having to pay Social Security taxes on the bulk of their income.

Social Security is largely funded by payroll taxes, and anyone who earns an income must pay them. But once your earnings exceed a certain threshold, which changes from year to year, those taxes cease to apply. 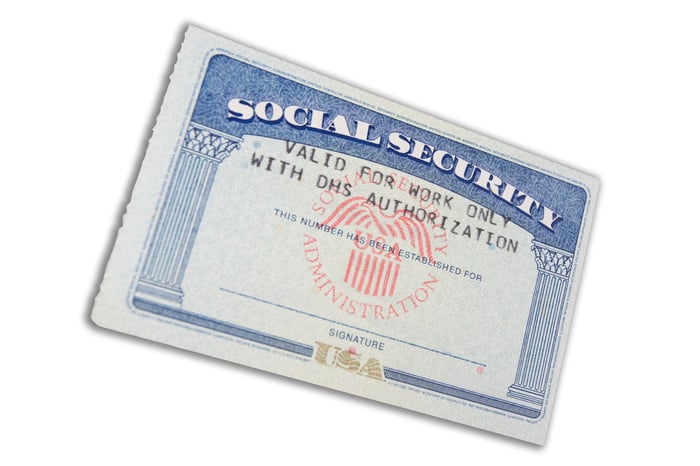 In 2019, workers paid Social Security taxes on up to $132,900 of earnings. In 2020, the wage cap was raised so that workers now pay Social Security tax on up to $137,700 of earnings. For the average worker, these limits don't matter; the typical earner pays this tax on every dollar he or she brings in. And to an extent, they don't really matter to ultra-wealthy Americans either.

Think about it: If you earned $3 million a year, would you really care whether your Social Security taxes end at $132,900 in income versus $137,700? The point is that you're not paying those taxes on the bulk of your earnings, thereby saving a bundle.

It's for this very reason that many lawmakers are proposing to raise or even eliminate the Social Security wage cap -- particularly since the program is facing such a serious funding shortfall that it might have to cut benefits as early as 2035. But is increasing the wage cap really the right solution? Or will it cause as many problems as it solves?

The problem with raising the wage cap

One reason the current wage cap exists is because Social Security also pays a maximum monthly benefit to seniors. That maximum changes from year to year, and this year, it's $3,011 at full retirement age (though it's possible to collect even more than that if you accrue delayed retirement credits by delaying your filing past full retirement age). If the program's rules were to change so as to increase the wage cap, it would also, in the spirit of fairness, need to raise the maximum benefit. And in that scenario, the two would effectively negate one another.

Some lawmakers feel that hiking up the wage cap a bit isn't going to solve the issue at hand. Rather, that cap would need to go up substantially -- something higher earners would then immediately take notice of. And that would likely have serious political implications, because the wealthy wield a lot of power. And while the very rich probably don't care about getting a modest boost to their Social Security benefits in retirement, they most certainly will care about paying a lot more taxes on their income in the near term. So lawmakers could be hesitant to get on the bad side of those who are also the most likely to fund their political campaigns and offer ongoing monetary support.

So what is the solution to addressing Social Security's fiscal woes? It might not boil down to a single fix.

Some argue that raising full retirement age is an option to consider, especially since so many seniors are living longer these days. Others say that rather than raise the wage cap, why not raise the rate at which workers pay Social Security tax on their income? Right now, that rate is 12.4%, split evenly among employee and employer for salaried folks and paid in full by the self-employed. Increasing that tax rate by a few percentage points is apt to increase Social Security revenue, but it will also, in turn, put an undue burden on low- and middle-income households that can't afford to part with more of their earnings.

Ultimately, lawmakers still have a lot of work to do in the course of cleaning up Social Security's ongoing financial mess. But a higher wage cap might not be the best solution from either a logistical or a political standpoint.

Can a Higher Wage Cap Save Social Security? @themotleyfool #stocks Next Article
Current