Please ensure Javascript is enabled for purposes of website accessibility
Log In Help Join The Motley Fool
Free Article Join Over 1 Million Premium Members And Get More In-Depth Stock Guidance and Research
By Maurie Backman - May 18, 2020 at 5:03AM

Millions of seniors not only collect Social Security, but get the bulk of their retirement income from it. As such, beneficiaries tend to rely heavily on cost-of-living adjustments, or COLAs, to maintain their buying power. COLAs were implemented back in the 1970s to help Social Security recipients keep pace with inflation, but yearly raises are by no means guaranteed. Rather, they're determined by analyzing annual data from the Consumer Price Index for Urban Wage Earners and Clerical Workers (CPI-W), which measures fluctuations in the cost of common goods and services. 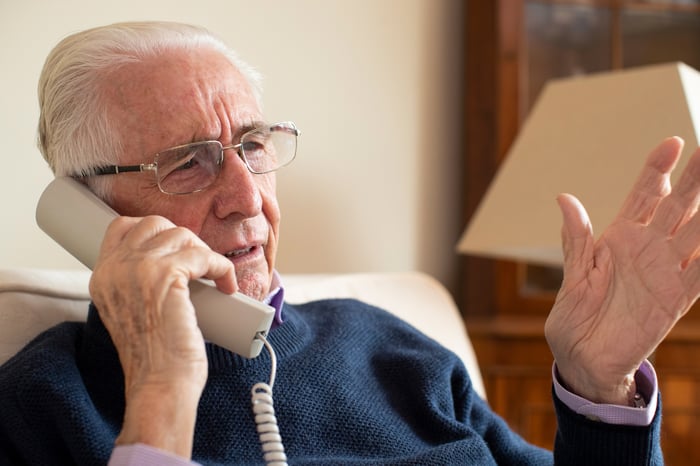 Will seniors get shortchanged next year?

The COVID-19 crisis has already had an enormous economic impact, and that includes a steep decline in the price of oil. Anyone who's gone to fill up at the pump over the past month can attest to the fact that gasoline prices are shockingly low, and while that may seem like a good thing in theory, it's problematic from a COLA perspective.

Granted, gas prices are only one component of the CPI-W, but they're commonly a strong indicator of whether changes to the index will support a COLA. And right now, they paint a very bleak picture for seniors.

Of course, if seniors don't get a COLA for 2021, it wouldn't be the first time that's happened. Over the past 15 years, there have been three years with no COLA, and in 2017, seniors saw just a 0.3% bump. This year's COLA -- 1.6% -- wasn't great, either, and many seniors were disappointed when the news of it broke in October. But 2021 is, unfortunately, shaping up to be even worse.

Is no COLA set in stone?

To be clear, the CPI-W data used to determine COLAs is that gathered from July, August, and September. If prices begin in to climb in the coming months, seniors might manage to eke out a raise after all. But given the state of the economy as of this writing, it's somewhat unlikely that prices will fluctuate drastically enough to allow for a sizable raise. In fact, the nonpartisan Seniors Citizens League just announced that it doesn't anticipate any COLA at all for 2021, citing plunging oil prices as the primary reason.

Where does all of this leave seniors? Unfortunately, those who are heavily reliant on Social Security have few options for compensating when COLAs don't come through. Cutting back on expenses is generally the best advice available in this type of scenario, and COVID-19 may actually be promoting that. With fewer places to go, seniors may be hunkering down more at home and spending less, which means some beneficiaries may have an opportunity to bank a little cash this year in anticipation of an absent COLA in January. Others may be faced with some hard choices once the economy opens back up but their income remains stagnant.