Please ensure Javascript is enabled for purposes of website accessibility
Log In Help Join The Motley Fool
Free Article Join Over 1 Million Premium Members And Get More In-Depth Stock Guidance and Research
By Maurie Backman - May 21, 2020 at 5:07AM

More than half of Americans today think Social Security will eventually dry up. But are they spot on, or overly pessimistic?

Social Security helps millions of seniors stay afloat financially, and without those benefits, a large number of them would no doubt risk living in poverty. But the program is facing its share of financial challenges that are making many Americans very worried about the prospect of not collecting retirement benefits at all.

In fact, 56% of those surveyed in Simplywise's May Retirement Confidence Index stated that they're scared that Social Security will dry up before they retire, or during their retirement. And that's a terrifying notion to contemplate. 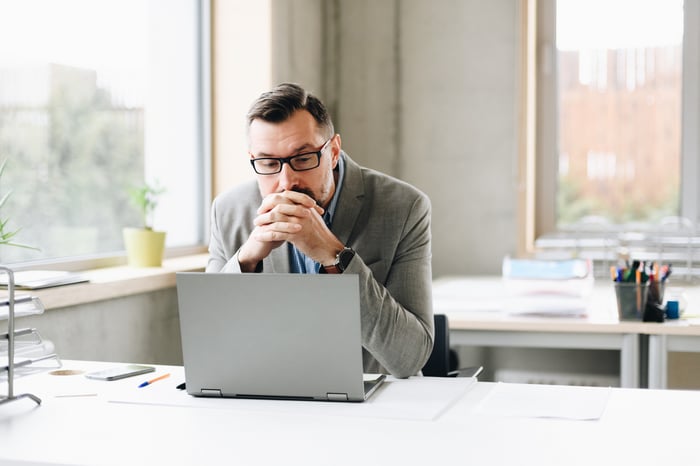 Let's cut to the good news: Social Security is in no danger of going away completely. The program gets the bulk of its funding from payroll taxes, so as long as there's an active workforce, benefits can still be paid to some degree. What is likely to happen in the coming decade and a half, though, is that Social Security's trust funds run out of money. As of now, the program's Trustees anticipated that happening in 2035. Once that happens, benefit cuts are a distinct possibility, and that alone should indeed have current and future recipients worried.

However, that doesn't mean future retirees are completely out of luck. Those who start saving for retirement immediately can compensate for lower benefits -- and enjoy their senior years without financial worry.

While the idea of a reduction in Social Security is no doubt unsettling, the reality is that those benefits were never designed to sustain seniors by themselves. The average beneficiary today collects around $18,000 a year, which is hardly a lot of money to live on. In fact, it's said that Social Security will replace about 40% of the average earner's former wages, but most seniors need around twice that much replacement income to keep up with their expenses and maintain a decent standard of living. As such, saving for retirement independently has always been important. And in light of potential benefit cuts, it's even more crucial.

Fortunately, younger workers don't have to part with too much income to build a solid level of wealth. A 25-year-old who socks away $250 a month between now and age 67 will wind up with around $692,000 in retirement savings, assuming a 7% average annual return on investment during that 42-year window. That 7%, however, is a few percentage points below the stock market's average, so it's a reasonable benchmark to work with.

Of course, current retirees who rely heavily on Social Security stand to be hurt the most if benefits are indeed cut since they can't go back in time and build savings, so lawmakers are trying to figure out a way to avoid that scenario. But younger workers may be better off assuming that Social Security won't cut it in retirement. That way, they're apt to be motivated to build savings of their own -- savings that spell the difference between just scraping by once their careers come to a close or enjoying retirement to the fullest without the burden of constant financial stress.