Please ensure Javascript is enabled for purposes of website accessibility
Log In Help Join The Motley Fool
Free Article Join Over 1 Million Premium Members And Get More In-Depth Stock Guidance and Research
By Maurie Backman - May 23, 2020 at 9:04AM

Hint: It has to do with Social Security.

Seniors may get their income from a number of different sources that include a pension, retirement savings, and Social Security. But many older Americans aren't entitled to a pension, and as such, are more reliant on other means of paying the bills.

In fact, 64% of retirees today look to Social Security as a major source of income, according to a new survey by the Employee Benefit Research Institute. But those same people may be in serious trouble for one big reason: Social Security cuts could be on the horizon.

A 24% reduction in benefits could be on the table

In April, the Social Security Trustees released their annual report summarizing the program's financial health. One of the things they found is that Social Security's combined trust funds are likely to run dry by 2035. Once that happens, scheduled benefits may be subject to a 24% reduction as a result of a revenue shortfall. 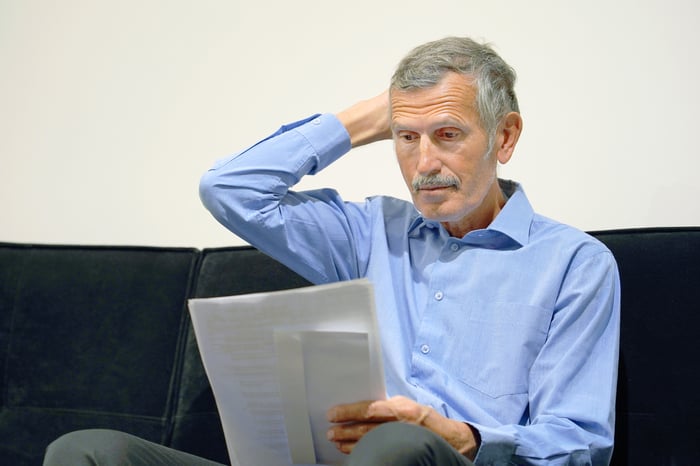 Why is Social Security so reliant on those trust funds? In the coming years, the program expects to owe more in benefits than it collects in revenue.

Social Security's primary revenue source is payroll taxes -- the ones workers and employers pay on up to $137,700 of income this year. But since baby boomers are expected to exit the labor force in droves over the next decade or so, and not enough replacement workers are expected to enter it, Social Security will need to tap its trust funds to keep up with the benefits it's supposed to pay out. Once those trust funds run out of money, benefit cuts will be necessary unless lawmakers manage to intervene with a fix.

Of course, lawmakers are already working to shore up Social Security and prevent that scenario, but so far, the most popular proposals all have their drawbacks. One idea is to raise or eliminate the aforementioned $137,700 wage cap so that Social Security's primary revenue stream increases. That's a good idea in theory, but it likely won't sit well among higher earners who have their share of political influence. It also puts moderate earners in high-cost areas of the country at a disadvantage (remember, a $150,000 salary in a city like San Francisco or New York isn't much, given the cost of living).

There's also the notion of raising the full retirement age, or the age at which recipients can claim their Social Security benefits in full. But that proposal tends to work against lower-income seniors who may not have the same life expectancy as workers who are better off.

The takeaway? Today's seniors who rely heavily on Social Security may be in for a financial shock if benefits are cut. And it's imperative that they plan for that possibility -- namely, by cutting back on spending as much as possible immediately, or coming to terms with the idea of boosting their retirement income with some amount of work.

While that 24% reduction in benefits is by no means set in stone, as is the case with many scenarios in life, it often helps to hope for the best but actively plan for the worst.