Please ensure Javascript is enabled for purposes of website accessibility
Log In Help Join The Motley Fool
Free Article Join Over 1 Million Premium Members And Get More In-Depth Stock Guidance and Research
By Christy Bieber – Jun 14, 2020 at 10:30AM

It's not what you might think it would be.

For many retirees, leaving work opens up many new opportunities, including the chance to relocate once you're no longer constrained by your job.

Surprisingly, a recent report shows that most seniors in America aren't choosing where to live based on the weather or where their families are. Instead, they're actually making a smarter choice by putting financial concerns first. Here's how. 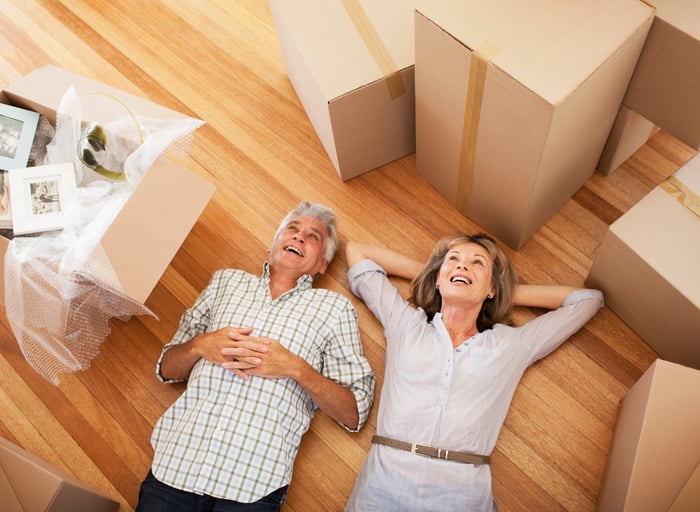 Americans are prioritizing living costs when deciding where to relocate

According to a report from the Transamerica Center for Retirement Studies, affordability is the driving factor among retirees in deciding where to live. And while local costs may not be the most fun way to decide where to set up house in your later years, it's the right move for any retirees who aren't 100% sure their money will last in an expensive locale.

Focusing on affordability is essential because most seniors have a fixed income, and money from savings and Social Security goes a lot further in some places than in others. The price of the basics varies wildly, and the tax treatment of your retirement income differs from one place to the next.

The dramatic discrepancy in local living expenses means the price of the essentials for a single senior in the most expensive place in the country, Washington, D.C., is more than $11,000 higher each year than in the cheapest place, Alabama. To generate that extra $11,000 in income while maintaining a safe withdrawal rate of around 4%, you'd need an extra $275,000 in your investment account.

And when it comes to paying the tax man, there are 37 states (soon to be 38) that don't tax Social Security benefits at all. But that means there will be a dozen that do. Disparate treatment of both Social Security and pension income means seniors in some locales could lose a big portion of their money to their local government and be left with much less than those just across state lines.

With nearly half of all Americans worried about outliving their savings, according to one index, it's not surprising seniors are sensitive to expenses they're committing to take on when they decide where to live.

Be smart about how you relocate as a retiree

Relocating as a retiree is one of the single best ways to help ensure your savings last, and it's usually smart to do it ASAP if you're worried about money.

If you know you can't stick it out in the place with the high cost of living that you now call home or that you've dreamed of moving to, you should likely pick a cheaper place as soon as possible after retirement. Otherwise, trying to cover large expenses could mean you withdraw too much and diminish your nest egg to a dangerously low level.

By finding a more affordable retirement site, you can preserve your savings and start settling into your new community while you're still relatively young and have plenty of cash to enjoy it.