Please ensure Javascript is enabled for purposes of website accessibility
Log In Help Join The Motley Fool
Free Article Join Over 1 Million Premium Members And Get More In-Depth Stock Guidance and Research
By Maurie Backman – Jun 18, 2020 at 7:01AM

Some seniors are collecting less money from Social Security than they're actually entitled to.

Social Security doesn't just provide retirement benefits to those who earn enough work credits in their lifetime to qualify for them; it also provides benefits to the people they leave behind when they pass. But a new report released by the Social Security Administration's Office of the Inspector General reveals that over 15,000 surviving spouses are getting shortchanged on the benefit front. The reason? They're still collecting benefits on their own work records despite the fact that they're entitled to higher benefits as .

If you're married to someone who's collecting Social Security and your spouse passes away, you're entitled to 100% of your deceased spouse's monthly benefit once you reach full retirement age. You can claim survivor benefits starting at age 60, which is earlier than the minimum age to collect Social Security benefits on your own work record, but if you do, you'll reduce the amount you get to collect each month. 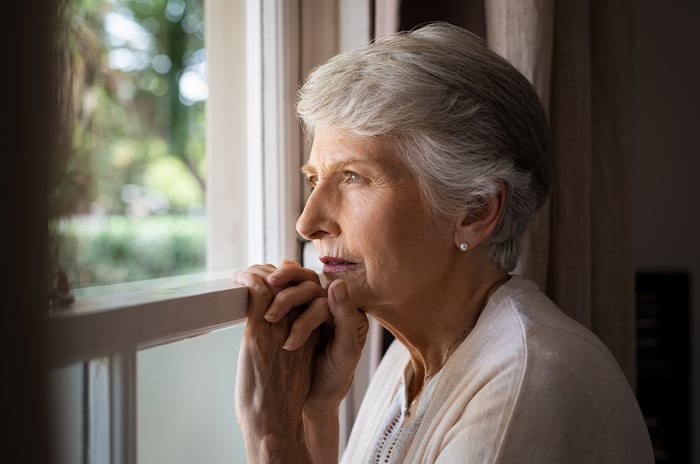 Of course, that's not the only benefit you may qualify for as a spouse. If you didn't earn enough credits to qualify for Social Security benefits on your own, you can collect spousal benefits equal to 50% of what your spouse is entitled to while he or she is alive. And if your spouse passes, you then become eligible for survivor benefits, which means you get 100% of what your spouse was collecting, provided you were married to that person for at least nine months at the time of his or her passing.

But what if you earned money to collect a benefit based on your own work history? If that's the case, then you start by collecting your own benefit and switch over to survivor benefits once your spouse passes if doing so will bump you up to a higher amount. Normally, survivor benefits are automatic, but if you're collecting benefits based on your own record, that switch may not happen as a matter of course. That's exactly what seems to have happened to the 15,000 seniors who aren't getting as much income from Social Security as they should be.

The good news? Now that the Social Security Administration has identified the problem at hand, the agency can take steps to fix it -- namely, by identifying those seniors who aren't collecting as high a benefit as they should, and arranging to move them over to survivor benefits rather than have them continue to collect benefits based on their own work records. But this really underscores the importance of reading up on Social Security and learning as much as possible about how the program works. If you do, you'll be in a better position to be your own advocate and ensure that you don't lose out on money that's rightfully yours.

Furthermore, while it's never a comfortable thing to contemplate the mortality of someone you hold near and dear, it does pay to put an estate plan in place that maps out your various sources of income should your spouse pass away before you. Going through those motions may alert you to income, like survivor benefits, that you otherwise wouldn't think to pursue.