Please ensure Javascript is enabled for purposes of website accessibility
Log In Help Join The Motley Fool
Free Article Join Over 1 Million Premium Members And Get More In-Depth Stock Guidance and Research
By Maurie Backman – Jun 22, 2020 at 6:06AM

Benefit cuts are on the table. Here's how to compensate.

Though Social Security is not in danger of going bankrupt, the program is in trouble. Back in April, the Social Security Trustees projected that the program's trust funds will run out of money by 2035. And that's a very big deal.

Social Security gets the bulk of its revenue from payroll taxes, but in the coming years, it expects to owe more money in benefits than it takes in revenue-wise. The reason? With so many baby boomers leaving the workforce at the same time and filing for benefits, there won't be enough replacement workers to compensate.

Now the good news is that Social Security can tap its trust funds to make up for that revenue shortfall. The bad news is that those funds will only last for so long, and once they're out of money, substantial benefit cuts may be on the table. Clearly, that's not the news anyone wants to hear, but there are steps you can take to compensate financially should Social Security have to resort to such drastic measures. 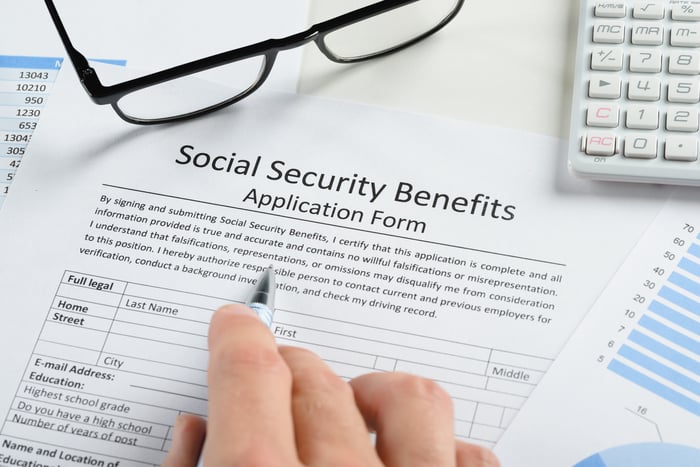 Social Security isn't designed to sustain seniors by itself. Even if benefits aren't cut, they'll still only replace about 40% of your pre-retirement income if you're an average earner, and most seniors need around twice that much income to live well. But with benefit cuts on the table, the need for personal savings is even more urgent, and since that's a distinct possibility, you should plan to compensate by increasing your savings rate in your IRA or 401(k).

You're entitled to your full monthly Social Security benefit based on your wage history once you reach full retirement age, which, depending on your year of birth, is either 66, 67, or somewhere in between. But if you delay your filing past full retirement age, you'll boost your monthly benefit by 8% a year, up until age 70. Even if benefits are cut when Social Security's trust funds run out, you'll still boost what would then be your new benefit amount by virtue of waiting.

3. Adjust your plans and lifestyle expectations

If your Social Security benefits are cut, you may need to change some of your retirement plans -- but that's a better bet than sticking to your initial plans and running into financial difficulties because of it. You may, for example, need to get on board with the idea of a part-time job to compensate for lower Social Security income. Or, you may need to move to a state where the cost of living is cheaper so you can stretch your benefits further. The point, however, is that you do have options; you just need to be somewhat flexible.

To be clear, Social Security cuts are not set in stone. Lawmakers, in fact, have been floating proposals for years to avoid a scenario where benefits have to be slashed. But we can't write off the possibility of future cuts, either, so anyone who expects to depend on Social Security in retirement should plan around it. It's a good way to avoid a world of financial stress later in life.