Please ensure Javascript is enabled for purposes of website accessibility
Log In Help Join The Motley Fool
Free Article Join Over 1 Million Premium Members And Get More In-Depth Stock Guidance and Research
By Maurie Backman – Aug 22, 2020 at 9:04AM

Think saving 10% of your salary will cut it? Think again.

There's no single universal savings goal to target when it comes to funding a retirement plan. Why? Your retirement expenses and goals may look different than someone else's. Your best bet is to consistently sock away a respectable portion of your income in hopes of amassing enough wealth over time to enjoy your senior years.

But the percentage of income Americans are putting into their retirement plans is alarmingly low, according to a new FinanceBuzz survey. Around 29% of savers are putting between 1% and 5% of their salary into an IRA or 401(k), while about 34% are contributing 6% to 10% of their income. But those who want a financially secure retirement should really be aiming to sock away 15% to 20% of their earnings, if not more.

If you've been stingy with your retirement plan contributions, now's the time to start boosting them. Otherwise, you might face a serious shortfall by the time your career comes to an end. 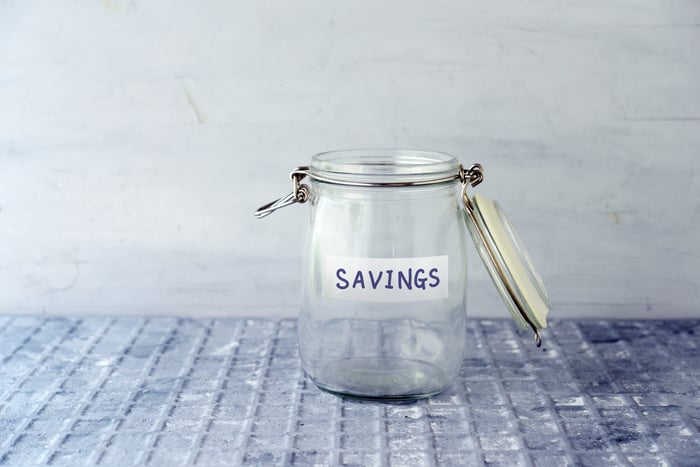 Ensure you have enough money

You'll most likely get to collect Social Security in retirement. Still, your retirement savings will likely be a major income source during your golden years. As such, it pays to amass as much of a nest egg as possible. Doing so will require you to part with a decent chunk of your salary, difficult as that may be.

Imagine you earn $60,000 a year over the next 25 years, during which you contribute 10% of your salary to a retirement plan, or $6,000. If your investments in your retirement plan generate an average annual 7% return, which is a bit below the stock market's average, you'll end up with about $380,000.

Clearly, that's not a small amount of money. But watch what happens when you increase your savings rate to 15% of your salary, or $9,000 a year. Suddenly, you're looking at close to $570,000 in retirement savings, which paints a much more comforting picture.

This is an imperfect example because it's unlikely that you wouldn't manage to get a raise over a 30-year time frame. The point, however, is to illustrate what a difference it will make if you ramp up your retirement plan contribution rate -- if not immediately, then at least over time.

Of course, saving a small percentage of your income is surely better than saving nothing at all. And to be clear, you may not be able to part with 15% to 20% of your earnings your first year or two on the job, when your salary is modest at best and your basic expenses eat up much of your income. But generally speaking, your goal should be to hit that 15% to 20% contribution rate consistently. If you're not there today, think about the steps you can take to improve in the not-so-distant future. You may need to cut back on some expenses to boost your savings rate, but you'll be thankful you did once retirement rolls around and you see just how costly it actually is.