Please ensure Javascript is enabled for purposes of website accessibility
Log In Help Join The Motley Fool
Free Article Join Over 1 Million Premium Members And Get More In-Depth Stock Guidance and Research
By Maurie Backman – Aug 29, 2020 at 9:18AM

The Democratic nominee has ideas for Medicare that seniors will surely appreciate.

More than 40 million Americans get healthcare coverage through Medicare, but the program has its limitations. Not only is it costly to enrollees, but it also leaves seniors with coverage gaps that could compromise their health and put them at risk of financial difficulties throughout retirement.

Though Medicare Part A, which covers hospital care, is free for most enrollees, Parts B and D -- which cover outpatient care and prescription drugs, respectively -- charge their own premiums. There are also copays, deductibles, and coinsurance costs, not to mention the added expense of supplemental insurance. 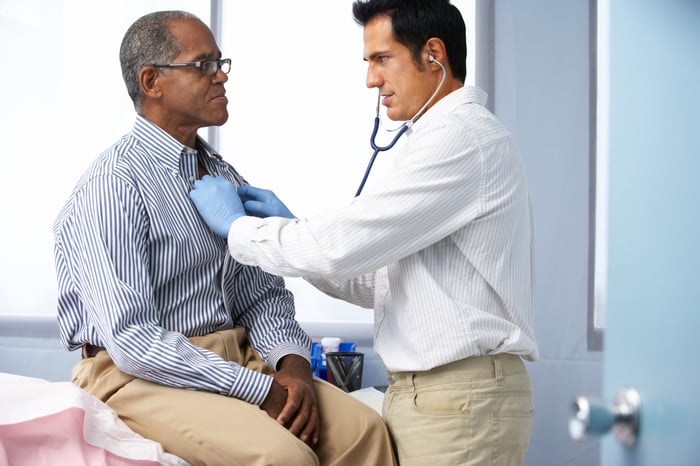 Presidential nominee Joe Biden has some ideas that could reshape Medicare for the better. Here are three important changes he's proposing.

Medicare eligibility currently begins at 65, though some enrollees (those with end-stage renal disease or certain disabilities) are allowed to sign up at a younger age. Seniors can sign up starting three months before the month of their 65th birthday. Given the number of people who retire earlier than planned, that sometimes means that jobless older Americans have to secure coverage on their own before getting Medicare.

Biden, however, is looking to lower the eligibility age for Medicare to 60, with optional enrollment during that five-year period. Right now, there are implications to signing up late for Medicare -- namely, long-term Part B premium surcharges -- so keeping enrollment flexible is key.

Original Medicare does not cover a number of common health services, including dental, vision, and hearing care. Enrollees who want coverage for these services can sign up for Medicare Advantage instead of original Medicare, but in doing so, they typically limit themselves to a narrower network of providers (whereas enrollees in original Medicare can seek care anywhere in the country). Biden intends to expand the scope of Medicare to cover these essential services, thereby lowering the burden on seniors.

Prescription medication costs are onerous for Medicare enrollees. Many also get tripped up by Part D drug plan formularies, which can change yearly and cause out-of-pocket cost fluctuations. Biden wants to reduce the cost of prescription drugs for Medicare beneficiaries by allowing the government to negotiate drug prices with manufacturers. Biden also wants to prevent drug price increases from outpacing inflation. Given that many Medicare enrollees rely on Social Security as their main source of income, and that the program's annual raises do a poor job of keeping up with inflation, this is a truly important battle to fight.

Improving Medicare would no doubt provide millions of seniors with much-needed relief. Healthcare is already a huge burden for older Americans, and it's an expense that tends to rise during retirement. If Biden's proposals do indeed come to life, the cost savings for enrollees could be substantial, and seniors could soon have a much easier time managing their finances over the long term.