Please ensure Javascript is enabled for purposes of website accessibility
Log In Help Join The Motley Fool
Free Article Join Over 1 Million Premium Members And Get More In-Depth Stock Guidance and Research
By Maurie Backman – Aug 29, 2020 at 8:01AM

Before you sign up for Social Security, be sure to get your facts straight.

Social Security is an important income source for millions of seniors today. In fact, for some seniors, it's their only source of income. That's why it's so important to understand exactly how the program works, especially when it comes to filing for benefits.

But a new survey by Nationwide reveals that Americans are grossly misinformed about the impact of claiming benefits early, and if they don't get their facts straight, they stand to lose out on a lot of money in retirement.

Your Social Security benefits are calculated based on your specific wage history. From there, you're entitled to your full monthly benefit once you reach full retirement age, or FRA. 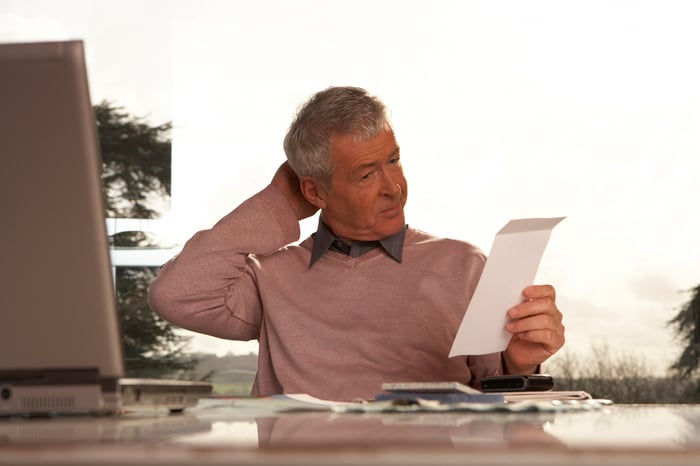 FRA is not universal; it's based on the year you were born, as follows:

You're allowed to sign up for Social Security beginning at age 62, but for each month you claim your benefits before FRA, they are reduced. As an example, if you're entitled to $1,500 a month at an FRA of 67 but you sign up for benefits at 65 instead, you'll lose 13.34% of that total, bringing your new monthly benefit down to $1,300.

And here's the kicker: That reduction in benefits is permanent. And that's something many people aren't aware of.

When we dig deeper, that line of thinking clearly doesn't make sense. If Social Security benefits that are claimed early are restored to their full amount at FRA, why wouldn't everybody just sign up for them as early as possible? Nonetheless, it's easy to see why some people would be confused about that rule, and if you're one of them, consider this a very important point of clarification.

Are there exceptions to the rule?

Your benefits may go up slightly from year to year thanks to Social Security's cost-of-living adjustments. But at that point, you're talking minor raises; a $1,300 monthly benefit isn't going up to $1,500. Therefore, if you're going to claim benefits early, make sure you understand exactly what you're really signing up for: less monthly income for life.