Millions of seniors get health coverage through Medicare, and chances are, you'll rely on it during retirement, as well. But if you don't get your facts straight about Medicare, you could end up struggling during retirement needlessly. Here are a few myths about the program you can't afford to buy into.

1. Your coverage is free

Medicare Part A, which covers hospital care, is generally free for enrollees. But Parts B and D, which cover outpatient care and prescriptions, respectively, charge a premium. Similarly, you'll pay a premium if you sign up for Medicare Advantage as an alternative to original Medicare, which consists of Parts A, B, and D.

In addition to premium costs, you'll have deductibles, copays, and coinsurance to cover, so don't assume you won't spend any money on healthcare during retirement. Quite the contrary -- your healthcare costs will likely eat up a substantial portion of your retirement income. 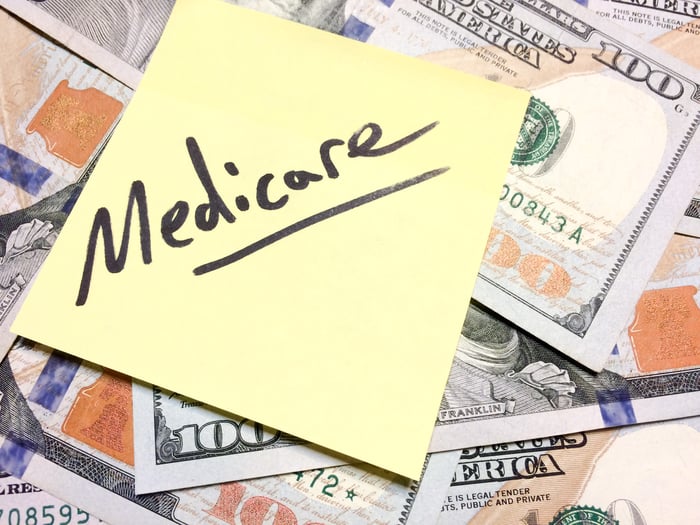 You might assume that once you're on Medicare, it will cover all of the health services you need. But actually, there are a number of key services that original Medicare won't pay for, like dental care, vision exams, and hearing aids. Prepare to either pay for these services out of pocket, or otherwise sign up for a Medicare Advantage plan, where you may get coverage for these expenses.

3. You can enroll whenever you want

Your initial window to sign up for Medicare spans seven months, starting three months before the month of your 65th birthday and ending three months after that month. Technically speaking, you don't have to enroll in Medicare during that time, but if you miss that window and you're not still covered by a group health plan through an employer, you'll risk being charged a 10% penalty on your Part B premiums for each 12-month period you were eligible for coverage but failed to enroll.

4. You can't enroll if you're still working

Medicare eligibility begins at age 65 -- regardless of whether you're working or not. Even if you have group health coverage through an employer, you're still entitled to enroll in Medicare, which will serve as your secondary insurer if your group health plan has 20 people or more on it.

Of course, whether you'd actually want to enroll in Medicare while working is a different story. If you're happy with your group health coverage, you may want to hold off on signing up for Part B, since it'll cost you money, and since the 10% penalty we just talked about doesn't apply in this situation. However, it could pay to sign up for Part A even if you have health coverage through work, since it won't cost you anything and it may pick up certain hospital expenses your primary insurer doesn't.

That said, once you enroll in any part of Medicare, you won't be eligible to contribute money to a health savings account, so you'll need to consider that when making your decision.

5. You can't sign up for Medicare until you're on Social Security

Full retirement age for Social Security is either 66, 67, or somewhere in between, whereas Medicare coverage begins at age 65. As such, you can absolutely have Medicare without being on Social Security. In that scenario, you'll need to pay your Part B premiums directly, whereas once you're on Social Security, they'll be deducted from your benefits automatically -- but that's the only change you'll be impacted by, and it's a minor one.

There's lots to know about Medicare ahead of retirement, so don't make the mistake of not reading up on it. The more info you dig up, the less likely you'll be to buy into myths that could end up costing you big time.