The money you sock away in an IRA or 401(k) plan shouldn't just sit there doing nothing. Rather, it should be invested in a manner that generates as much growth as possible without exposing you to undue risk.

But what length should you go to in order to avoid taking retirement-plan withdrawals that limit your ability to grow wealth in your account? If you're forced to retire early, you may be inclined to sign up for Social Security so you can leave your IRA or 401(k) alone. But is that a wise idea?

Grow your benefits or grow your savings?

You're allowed to sign up for Social Security as early as age 62, but you're not entitled to your full monthly benefit, based on your earnings history, until you reach full retirement age, or FRA. FRA is based on your year of birth, and if you were born in 1955, it's 66 and two months. From there, it increases by two months per birth year until maxing out at age 67 for anyone born in 1960 or later. 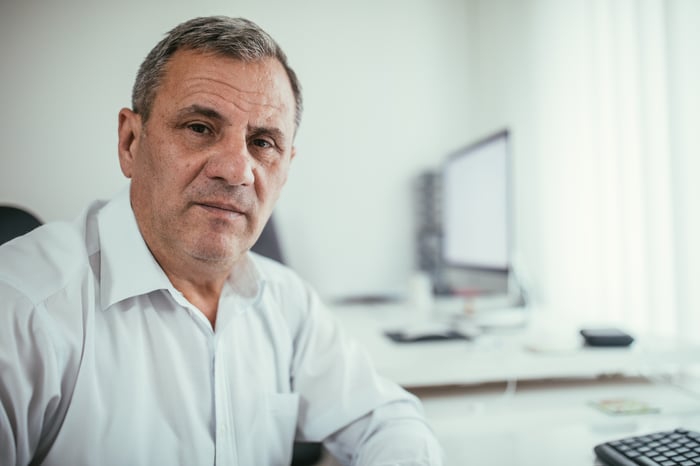 For each month you claim Social Security ahead of FRA, your benefits will be reduced. Specifically, you'll lose 6.67% of your benefits per year for the first three years you file early, and 5% for each year after that. If your FRA is 66 and two months and you claim benefits at 62, they'll shrink by nearly 30%.

You also have the option to delay benefits past FRA and grow them by 8% a year in the process. This incentive is in play up until age 70, at which point you can't accrue credits for postponing your filing. But if your FRA is 66 and two months and you sign up for Social Security at age 70, you'll grow your benefits by nearly 32%.

Now, say you need money and have a choice between filing for Social Security or taking withdrawals from your retirement plan. You may be inclined to sign up for benefits so you can leave your savings alone. That way, they can continue to grow. But one thing you must remember is that delaying Social Security guarantees you extra money, whereas leaving your retirement plan invested does not. There's no telling how the stock market will perform over time, and while a stock-heavy portfolio might easily generate an average yearly 8% return or higher, your investments could also lose money if things go south.

On the other hand, delaying Social Security guarantees you a higher benefit. If your FRA is 66 and two months and you decide not to file a year early, guess what -- your benefit will be 5% higher by virtue of not getting reduced. If you decide to delay your filing for a year beyond FRA, your benefit will go up 8%. The stock market can't make those same promises.

It's for this reason that claiming Social Security early or even on time to leave your retirement plan alone isn't necessarily a great strategy. Another thing to think about is that seniors are generally advised to shift toward safer investments as retirement nears, and if you follow that rule, you can't necessarily expect as strong a return in your IRA or 401(k). In fact, with a 50/50 stock/bond split, you might see a 5% or 6% annual return over a 10-year period, which isn't bad. But when you compare that to the 8% a year you'll get by delaying your Social Security filing past FRA, it falls short.

Remember, too, that your monthly Social Security benefit is guaranteed for life. You may, on the other hand, wind up depleting your IRA or 401(k) at some point in time, especially if you live longer than expected. As such, it's important to do what you can to secure as high a monthly benefit as possible -- and that means sitting tight and filing as late as you can.