Please ensure Javascript is enabled for purposes of website accessibility
Log In Help Join The Motley Fool
Free Article Join Over 1 Million Premium Members And Get More In-Depth Stock Guidance and Research
By Maurie Backman - Jan 22, 2021 at 8:36AM

In retirement, there's lots to worry about: rising healthcare costs, actual medical problems, boredom, and running out of personal savings. But according to the January 2021 SimplyWise Retirement Confidence Index, Americans' No. 1 retirement fear is that Social Security will dry up in their lifetime. The question is: Are they blowing things out of proportion, or might Social Security really go bankrupt?

Will Social Security be around for future retirees?

These days, Social Security pays the average recipient $1,543 a month, and while that's not a ton of money, it's also a large sum of cash to go without. So with that in mind, let's dig into the good news: Social Security is not in danger of disappearing completely. The program gets the bulk of its revenue from payroll taxes, so as long as we still have a workforce, Social Security can keep collecting money and keep paying benefits. 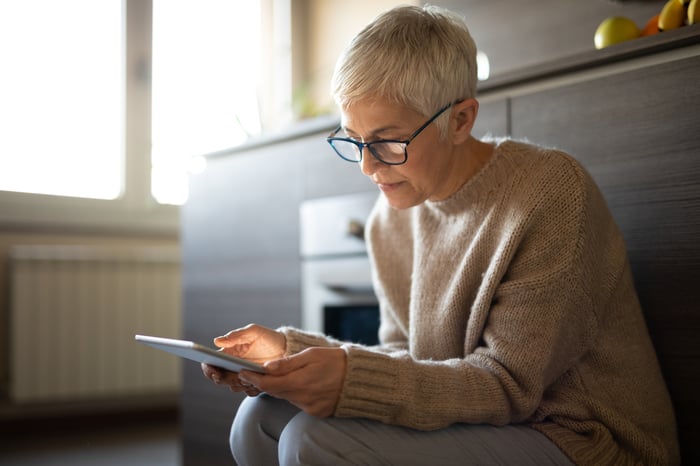 Now, the less-good news. Social Security is, in the coming years, expected to owe more money in benefits than it collects in payroll taxes. The reason? Baby boomers will soon be exiting the workforce in droves, and while younger workers will take their place, there won't be enough of them to compensate. At the same time, boomers will no doubt start filing for benefits, thereby taxing Social Security's limited resources.

The program, thankfully, has trust funds it can tap to keep up with scheduled benefits. But once those trust funds run dry (which could happen within the next 14 years), Social Security may need to implement benefit cuts with no cash reserves to fall back on. Recent projections put those benefit cuts at 24%, which means that a monthly benefit of $1,543 would shrink to $1,1723 -- not ideal, especially for seniors today who get the bulk of their income from Social Security. But it's also nowhere in the same ballpark as getting no money from Social Security at all.

As such, Americans' primary retirement-related fear may be somewhat unfounded. But that doesn't mean you shouldn't take whatever steps you can to save so you have money outside of Social Security. Even if benefits aren't reduced, think about what it would mean to live on something in the vicinity of $1,543 a month. Would that allow for a decent quality of life? Or would you be left to cut back on most luxuries and spend your senior years bored senseless?

While Social Security may not disappear in your lifetime, you shouldn't count on it too heavily. Doing so could leave you cash-strapped as a senior -- and that is something to worry about.