Please ensure Javascript is enabled for purposes of website accessibility
Log In Help Join The Motley Fool
Free Article Join Over 1 Million Premium Members And Get More In-Depth Stock Guidance and Research
By Selena Maranjian - Feb 14, 2021 at 6:33AM

Being hasty or not thinking things through can cost you -- a lot.

Social Security offers us a lot of security. It delivers about a third of the average elderly person's income. Fully 21% of married elderly recipients and 45% of single elderly recipients get 90% or more of their retirement income from it, per the Social Security Administration. Without it, about 38% of seniors would be living in poverty, according to the Center on Budget and Policy Priorities.

So don't be hasty when making decisions related to Social Security -- especially when it comes to deciding when to start collecting your benefits. Here are three questions you should be able to answer before doing so. 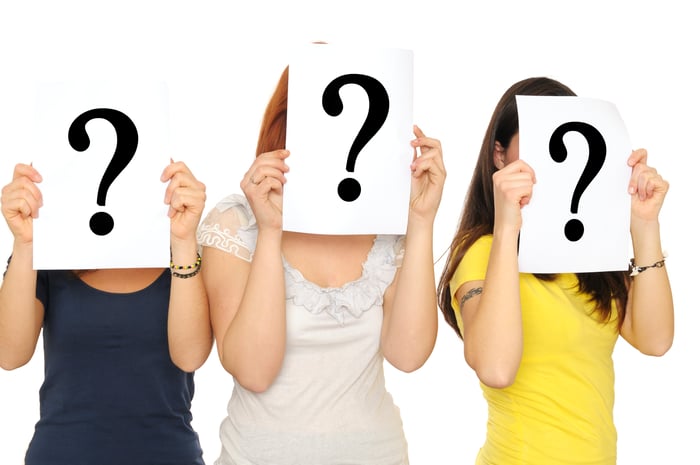 Let's start with your "full retirement age." Each of us can start collecting retirement benefits as early as age 62 and as late as age 70 -- and in between is our full retirement age, the age at which we can collect the full benefits to which we're entitled, based on our earnings history. For most of us, that's age 66 or 67:

If you start collecting early, your checks will be smaller, and if you delay collecting, you can make your checks bigger. The table below shows what percentage of your full benefits you can receive based on when you claim them:

Those enlarged checks may be tempting, but do remember that you'll collect far fewer of them than if you started collecting early. For those who live average-length lives, the total benefits received will be roughly a wash, no matter when they start collecting. Still, there are good reasons to collect early and to delay claiming. (There are other ways to increase your Social Security benefits, too.)

2. Can you afford to retire now?

Next, be sure you have a good handle on your financial situation before you decide to retire and claim your Social Security benefits. Do you have a retirement plan that you executed faithfully and successfully? Did you save enough money with which to retire? You don't want to run out of cash before you run out of breath, after all.

The table shows how much income you might draw from different-sized nest eggs. It's based on a common recommendation that you withdraw 4% in your first year of retirement and then adjust for inflation thereafter. (That "4% rule" isn't perfect, but it offers at least a rough idea.)

You might reasonably wonder how to achieve nest eggs of various sizes. The table below sheds light on that:

3. Have you coordinated with your spouse?

If you're married, another important consideration before you decide when to claim your Social Security benefits is your spouse. The two of you should come up with a claiming strategy for both of you that's likely to help you both get the most out of the program. (You might even consult a financial professional for help with this -- it could be money well spent.)

Here's one strategy to consider: Whichever of you has earned the most in your earning years might delay claiming benefits as long as possible -- ideally until age 70. The other can claim early in order to bring some retirement income into the household, or might claim on time. When one of you dies, the other will get to collect the fatter benefit checks, so maximizing the ones that can get the fattest is an effective strategy.

Social Security is likely to provide a big chunk of your retirement income, so be sure to learn more about it and make smart decisions regarding it.